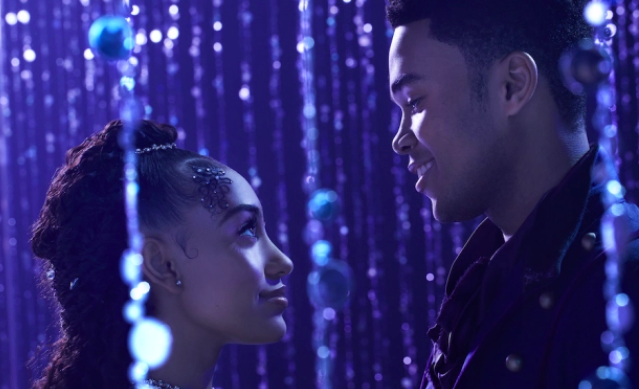 Cinderella’s story was told in various ways, back to its original source, the ancient Greek myth of Rhodopis – a story about an eagle who steals a slave girl’s sandals and wears them to a king. He then sent men in all directions into the country in search of the lady who wore the sandal, and when she was discovered in the city of Naucratis, she was carried to Memphis and became the king’s bride. Sneakerella’s narrative, however, is told in a way more like Disney’s animated adaptation, which was largely influenced by Charles Perrault’s fairy tale of the same name.

Disney seems to have learned that advising little girls that meeting a prince is their ultimate goal is not exactly the biggest message. Sneakerella, a contemporary gender reassignment of the traditional Cinderella tale, continues the princess transformation on Disney +. The film is also ethnically and culturally diverse, which fortunately is becoming more common as Disney strives to correct decades of portraying mainly young, white princesses. Of course, there are the conventions: the ugly step-sisters and stepmother, the fairy-godmother-like role model, the slipper, and the midnight regulations. With Chosen Jacobs’ El as our protagonist, however, everything is almost gender-bending.

El (Chosen Jacobs) is a skilled shoe designer who is forced to work in the shoe room of his shoe company by his grieving stepfather Trey (Bryan Terrell Clark) and rogue stepbrothers Zelly (Kolton Stewart) and Stacy (Hayward Leach). When El and his closest friend Sami (Devyn Nekoda) go downtown to buy some newly introduced sneakers, they run into Kira King (Lexi Underwood). They do not identify her as the daughter of sneaker magnate and former player Darius King, called “sneaker royalty” (John Salley). El and Kira spend the whole day together and start falling in love. El draws attention with her unique kicks when her family presents an event that encourages new designers to fight for a contract. He barely gets out at the event, but thanks to his local buddy, and his fairy-god-father, the mystical Gustavo (Juan Chioran). Will Kira’s father take a risk on an untested designer, and how will that affect El and Kira’s emotions towards each other?

ALSO READ:Senior Year Review: Rebel Wilson’s charm is not enough to save this boring journey back to high school

Sneakerella manages to make the story look fresh and new by distorting a familiar environment and famous people. Darius King, played by Jack Salley, was inspired by his own personal experiences. Salley is an NBA All-Star with two kids, in case you did not know. So, in many ways, this position is incredibly personal to him. El’s best friend Sami, portrayed by Devyn Nekoda, is my favorite character! Everyone can need a friend like her. She believes in El, encourages him to achieve better and encourages him in everything he does. This gender-reversed Cinderella story might be a little too sweet for teens, but its varied ensemble, uplifting premise, and genre mix of song-and-dance routines are pleasantly unique and entertaining. Sneakerella is a cross between High School Musical and In the Heights. The neighborhood is a Disney-like New York City (read: safe and tidy, with happy people singing and dancing on streets and subways). It transfers the HSM image to Queens and Manhattan with less frivolity and more street credit (photo Sharpay rides the subway) Some characters, especially fairy godfather Gustavo and star athlete Darius King, needed more screen time, but it’s interesting to watch the standard Cinderella roles played by the opposite sexes. His youthful talents, especially protagonist Jacobs and scene-stealing Nekoda as best friend Sami, are skilled and captivating. Underwood receives insufficient attention. A sly piece performed by the villainous yet indistinct stepbrothers and a rap fight between El and King are two highlights of the film.

To sum up, ‘Sneakerella’ may be based on well-known material, and may even include some allusions to ‘Romeo & Juliet’, but this new version is well worth your time. I have never seen anything like it tackle the famous ‘Cinderella’ story, and the bright youthful ensemble will easily overcome you.

Disha Patani is the perfect dog theme as she walks around on a stroller with her fur baby; PIC
Why Stassi Schroeder “Invited” Pump Rules Cast to Wedding
Comment