Home » How SpaceX and Elon Musk Can Delay Your Next Flight

You can typically blame an airline’s flight delay on a handful of ordinary suspects, such as bad weather, mechanical problems, and traffic on the tarmac. But thanks to the rise of the commercial space industry, there is now a surprising new source of disruption to air travel: rocket launches.

In recent weeks, flights to and from Florida have seen a sharp increase in delays. Palm Beach International Airport recorded more than 100 delays or cancellations on April 15 alone. (Some of this can be attributed to a surge in private and charter flights.) Things are even worse at Jacksonville International Airport, where there were nearly 9,000 flight delays in March. Last week, federal regulators met to discuss these disruptions, which reflect many of the ongoing challenges facing the aviation industry, including storms, the rising cost of jet fuel, the Covid-19 pandemic and a shortage of airline workers. But in Florida, a growing number of space launches – especially those in the Cape Canaveral area – are also making flight schedules more complicated.

“They close significant airspace on the east coast before and during and after a launch. That traffic has to go somewhere, ”John Tiliacos, executive vice president of finance and procurement at Tampa International Airport, told Recode. “It’s like putting 10 pounds of potatoes in a five-pound bag so you can further clog an already limited airspace on the west coast of Florida.”

While these delays are currently concentrated in Florida, this problem can get much worse, especially as the number of space flights increases and as new launch facilities, or space ports, open up in other parts of the country. The situation is also a sign that the advent of the second space age may have an unexpected and even extremely unpleasant impact on everyday life.

The spaceship problem is relatively simple: Air traffic controllers currently have to ground or divert flights during launches. To break through the atmosphere and reach outer space, rockets must first pass through airspace monitored by the Federal Aviation Administration (FAA), which oversees air traffic control centers and air navigation throughout the country. Although these rockets usually only spend a few minutes in this airspace, they can create debris, like pieces of rocket hardware, either because they are designed to shake off their payloads at various stages or because the mission failed. Reusable boosters used by some spacecraft, such as SpaceX’s Falcon 9, also re-enter this airspace.

To ensure that aircraft are not hit by this debris, the FAA usually prevents flights from traveling within a rectangular air block that can range from 40 to several hundred miles, depending on the type of launch. Typically, there is about two weeks notice before each launch, and during that time, air traffic controllers can develop alternative arrangements for the flights scheduled for that day. While a launch is taking place, aviation officials track the vehicle’s entry into space and then wait for word from experts analyzing the trajectory of debris created by the launch in real time. If there is debris, air traffic controllers assist until it falls back to earth, which usually takes 30 to 50 minutes. Once that happens, regular flights can return to their normal flight routes.

A single space launch can disrupt hundreds of flights. For example, a SpaceX Falcon Heavy launch in 2018 – the same flight that shot Elon Musk’s Tesla Roadster into space – affected 563 flights, creating 4,645 minutes of total delays and forcing planes to fly an extra 34,841 nautical miles , according to data from the FAA. Those extra miles add up quickly, especially when you consider the extra fuel and carbon emissions involved. Researchers at Embry-Riddle Aeronautical University in Daytona Beach, Florida, estimate that a single space launch could cost airlines as much as $ 200,000 in extra fuel by 2027, and as much as $ 300,000 in extra fuel in the next decade.

The FAA insists that it make improvements. Last year, the agency began using a new tool, the Space Data Integrator, that shares more direct data on spacecraft during launches and allows the agency to reopen space faster. The FAA also says it has successfully reduced the duration of launch-related airspace closures from about four to just over two hours. In some cases, the agency was able to reduce that time to just 30 minutes.

“An ultimate goal of the FAA efforts is to reduce delays, route deviations, fuel combustion and emissions by commercial airlines and other National Airspace users as the frequency of commercial space operations increases,” the agency said in a statement.

And the frequency of launches is increasing. There were 54 licensed space launches under the auspices of the FAA last year, but the agency thinks the number could grow in 2022 thanks to the increase in space tourism, growing demand for internet satellites and upcoming space exploration missions. These launches may also become more common in other parts of the country as new airports, which are often built at or near existing airports, increase operations. The FAA has already licensed more than a dozen different spaceport locations in the United States, including Spaceport America in New Mexico, where Virgin Galactic launched its first flight last summer, as well as the Colorado Air and Space Port, a space transportation facility that just located. six miles from Denver International Airport.

The FAA’s role in the rise of the commercial space industry is becoming increasingly complex. In addition to certifying and licensing launches, the FAA’s responsibilities also include studying the environmental impact of space travel and overseeing new space ports. The agency will eventually also have to monitor space passenger safety. This is in addition to all the other new types of flying vehicles that the FAA will also have to keep an eye on, such as drones, flying air taxis, supersonic jets, and even, possibly, space balloons.

“Where things are disputed is more about: How do all these different types of vehicles fit into the system over which the FAA is in control?” Ian Petchenik, who directs communications for the aircraft flight detection service Flightradar24, told Recode. “Things are going to get a lot more complicated, and having a way to figure out who has priority, how much space they need and what the safety margins are, I think, is a much bigger long-term question.”

While we are still in the early days of the commercial space industry, some have already expressed concern that the agency is not in the right direction. The Air Line Pilots Association warned in 2019 that the FAA’s approach could become an “incredibly expensive method of supporting space operations” and urged the agency to continue to reduce the length of airspace closures during space launches. At least one member of Congress, Rep. Peter DeFazio, is already concerned that the FAA prioritizes commercial spaceflight launches over traditional air travel, which serves significantly more people.

Except for delays in air travel, the burgeoning space travel business has already affected everything from the reality television we can watch and the types of jobs we can get to international politics and – due to the industry’s potentially enormous carbon footprint – the threat of climate change. Now it looks like the commercial space industry may also be influencing the timing of your next trip to Disney World. 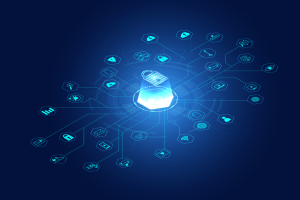 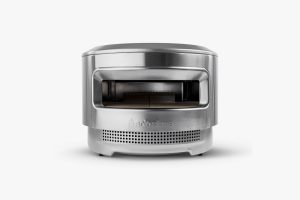 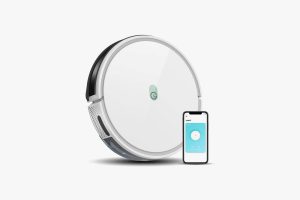 The best equipment for making beer, wine, cider and flour at home (2022)