Aamir Khan and Kiara Advani may not have done a film together but a recent ad they collaborated for, has been creating waves on the internet. The actors play a married couple who they attempt to break the usual tradition of a woman going to ‘sasural’ by showing that a man can also be a ‘ghar jamai’. The ad ends with the line, ‘Badlaav humse hai’ (change should come from us). However, the ad hasn’t gone down well with netizens who have been slamming it for insulting Hindu traditions. Filmmaker Vivek Agnihotri too took to the platform to express his displeasure and added that banks should make ads on improving the corrupt banking system. 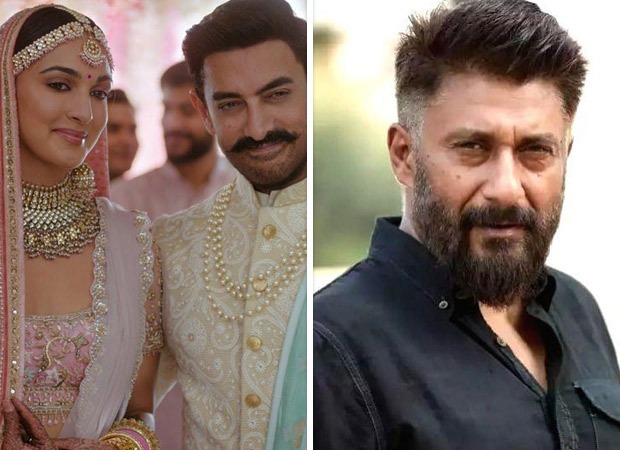 Aamir Khan and Kiara Advani get trolled for the new ad on banking; Vivek Agnihotri slams the commercial

Posting the ad on his Twitter handle, Vivek Agnihotri went on to lash out at the advertisement saying, “I just fail to understand since when Banks have become responsible for changing social & religious traditions?” He went on to add, “I think @aubankindia should do activism by changing corrupt banking system. Aisi bakwaas karte hain fir kehte hain Hindus are trolling. Idiots.”

Netizens took to social media to express their displeasure over the ad as they believed it to be a mockery of Hindu traditions. Some of them even went on to claim that only Hindus are targeted and asked to change and not any other religion. “Hindu paramparao  ke sath shedshad karane ka adhikar aapko kisne diya?? Ham aapka nishedh karte hai!” said one fan. “@aubankindia why always badlav is for or with Hindus and their tradition, can you make an add with other peace-loving People’s in society??” said another. Yet another fan wrote, “U should not disrespect out traditions. Will never think to invest with u after watching this. Banking is NO where related to this. Deliberate attempt to gain negative publicity. @ianuragthakur @nsitharaman @HMOIndia will u take action?”

Before this, Aamir Khan also faced protests when he was releasing Laal Singh Chaddha with many demanding a boycott of the Kareena Kapoor Khan starrer.