Mumbai’s Gaiety-Galaxy theatre is known for giving a true blue massy experience to the moviegoers. Today, the experience got better by many notches as superstar Hrithik Roshan made his presence felt at the Galaxy theatre to launch the song ‘Alcoholia’ from his upcoming film, Vikram Vedha. The stall was filled with his fans and it was no surprise that they went crazy seeing their superstar live and seeing foot-tapping song on the big screen. 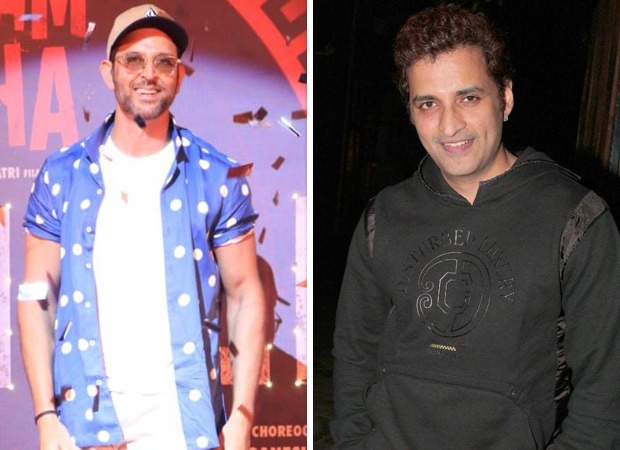 Hrithik Roshan stated, when asked about his experience, “If you are working with Ganesh Hegde, then nothing is easy.”

He continued, “It was tough as I was not getting the steps right and we had to a break. And this perfectionist over here (points at Ganesh) would not leave me. At one or two places, I told him, ‘It’s done. We have got it’. But for him, it was not okay. So, I had to keep on doing it again and again. Yaad hai ki nahin? Marwaya mujhe isne!”

Ganesh Hegde then chipped in, “When Hrithik offered me this song and later when I met Pushkar-Gayatri, I realized that they are hell bent on creating a magical song. I have been working with Hrithik for a long time (for his stage performances). We had done only one song before, ‘Its Magic’. Hence, I had to create magic again (with ‘Alcoholia’)!”

Also Read: ‘Alcoholia’ song launch: “Doctors had told me before Kaho Naa Pyaar Hai that I can’t do action and dance. It’s a MIRACLE that in my 25th film, I’m STILL doing action and dance” – Hrithik Roshan