Earlier this month, the song ‘Besharam Rang’ from the Shah Rukh Khan and Deepika Padukone-starrer Pathaan got embroiled in controversy because of the skimpy outfits worn by the actress. On top of that, her orange-coloured bikini became a bigger target as it allegedly hurt the religious sentiments of a section of the Hindus. 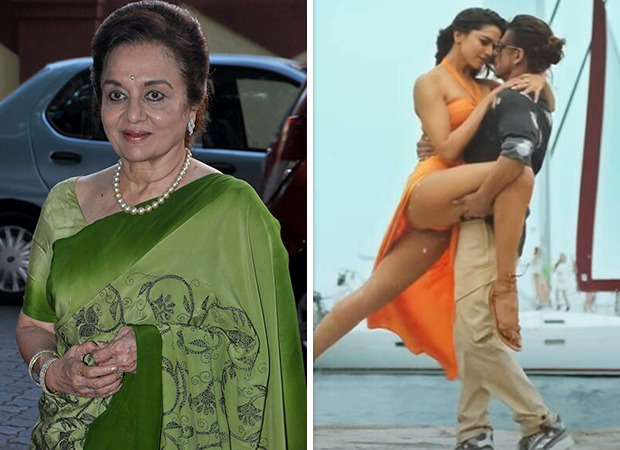 Asha Parekh opens up on ‘Besharam Rang’ controversy: “We are losing our minds”

Ever since, quite a few people from the Bollywood industry have come out in support of the film. The latest to join the list is the veteran actress Asha Parekh.

She minced no words while sharing her take on the matter in a chat with Aaj Tak. “This is very wrong,” she said. “It’s just a film, after all, whose aim is to entertain people. Now you want to ban the film just because an actress is wearing orange? This doesn’t look good. Our industry slowly seems to be dying. Films are anyways not doing well and things are already not good. On top of that, there are calls for boycott and ban. If films continue to flop, how will more films be made? The industry itself will end if this continues.”

Asha Parekh is specifically upset about the colour of Deepika’s outfit turning out to be controversial. “The uproar wasn’t about the bikini, but its colour. I feel we are losing our minds. We are becoming narrow-minded, which is wrong. Bollywood has always been a soft target,” she added.

Earlier this week, Honey Singh had come out in support of Pathaan while lyricist Manoj Muntashir claimed that the makers of the film have hurt the religious sentiments through this song.