Over the past couple of days Shah Rukh Khan has found himself in the eye of the storm with his upcoming release Pathaan and more importantly, the song ‘Besharam Rang’ from the film garnering ire from quite a few individuals. While matter refuse to die down on this front, Shah Rukh Khan doesn’t let things bog him down. In fact, earlier today the Pathaan star hosted an #AskSRK session on Twitter, where he answered fans and well-wishers who wanted to know details about his forthcoming release and life in general. Interestingly, during the course of the conversation Shah Rukh Khan revealed details of the next track from Pathaan. 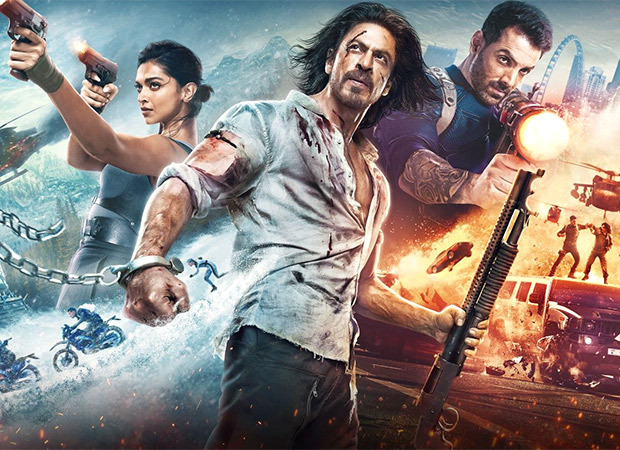 AskSRK: Shah Rukh Khan reveals details of Pathaan’s next track; says, “Hope you will all like it”

During the conversation responding to a query on Arijit Singh that read, “Sir arijit singh k baare m kya sochte h aap?? #AskSRK”, Khan was quick to answer, “Arijit is a gem.” Continuing further while also revealing a small detail about the next track from Pathaan, Khan continued, “Next song uski awaaz mein hai hope u will all like it. #Pathaan (the next song is in his voice)”.

Arijit is a gem. Next song uski awaaz mein hai hope u will all like it. #Pathaan https://t.co/O27y5vTeW4

Besides this, Shah Rukh Khan also answered a host of other queries ranging from the compliments he has received from his kids, to his favourite Salman Khan film. Not surprising, the megastar took the time to respond to as many questions and fans he could.

Back on the film front, Shah Rukh Khan will next be seen in the Yash Raj Films venture Pathaan. Directed by Siddharth Anand, the film also stars Deepika Padukone and John Abraham. Slated to release on January 25, 2023 anticipation for the film is at an all-time high.