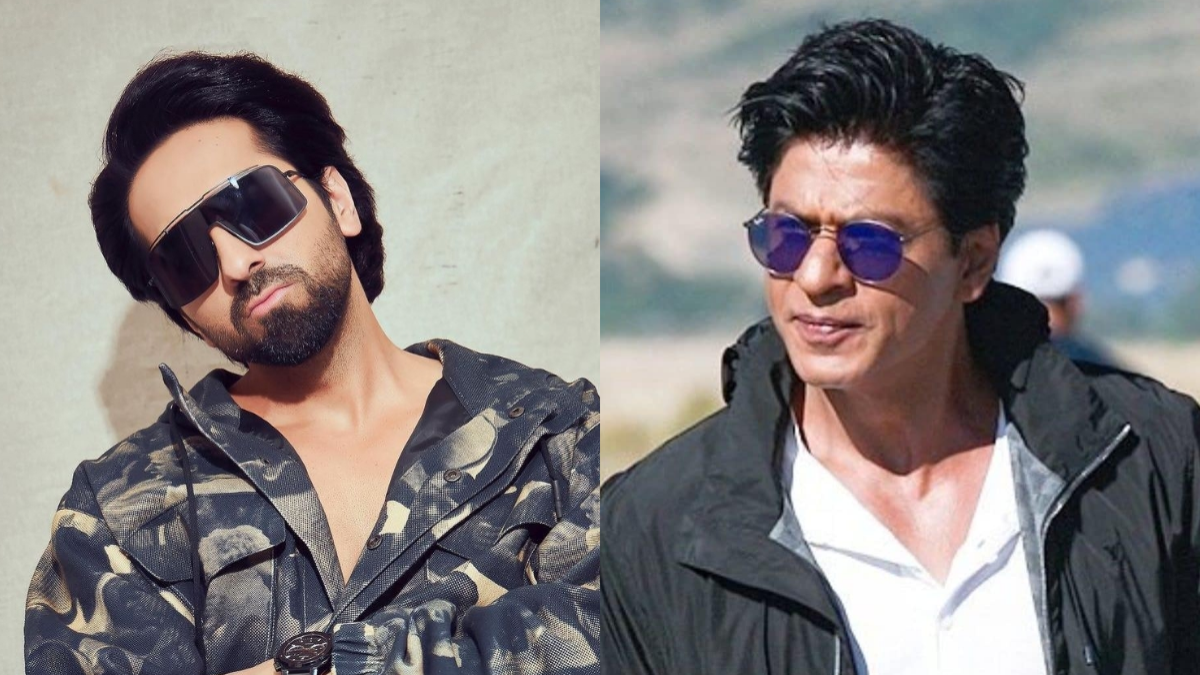 Arguably the biggest Bollywood star of all time Shahrukh Khan has influenced an entire generation of actors. He created a benchmark that every actor, who came after him, follows in one way or the other and Ayushmann Khurrana is no exception. In a recent media interaction, Ayushmann recalled how he used to watch SRK movies after getting tickets in black and he also shared how he dedicates something to the actor in his roles.

Speaking at Agenda Aaj Tak, Ayushmann stated, “I am a big fan. I became an actor because of him. I can dub for him. I dedicated something to him in Bala. There is some dedication to him in every film. I crossed Mannat (SRK’s mansion) in Bandra and I gathered around with people. They started taking my selfies. I would also stand at Mannat earlier with boys and girls. Now, I get attention because of him, as I am a huge fan.”

He further added, “I have seen his films in black. Dil To Pagal Hai was released when I was in the 7th grade. I rode my bicycle and bought the tickets in black. Khade ho kar film dekhi thi as it was a housefull.”

On the work front, Ayushmann Khurrana’s next film is ‘Dream Girl 2’ which also stars Ananya Pandey.