Lady Superstar Nayanthara, who has never worked in any Hindi language film or released any film in Hindi, will soon be seen in the Hindi version of her horror film Connect. Looking ate her huge fan base in the Northern region of India, the makers of her upcoming film Connect are releasing the film in Hindi, exactly a week after the release of its Tamil version. Starring Nayanthara, Sathyaraj, Anupam Kher, and Vinay Rai, the film is a horror thriller. 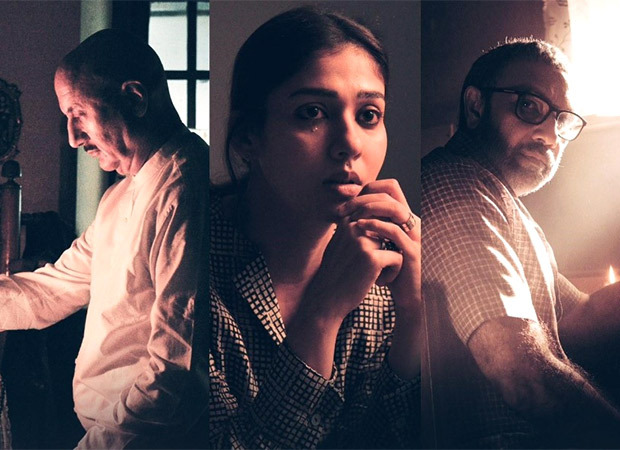 Releasing on December 30 in Hindi, the makers of Connect have released its Hindi trailer. Directed by Ashwin Saravan, Connect is an edge of the seat horror-thriller. The trailer of the film shows a happy family who gets stuck at various locations because of the pandemic that hit the world. But it isn’t just the pandemic that has stressed the family.

Nayanthara plays the mother of a teenage daughter, while Vinay plays her husband, Sathyaraj plays her father and Anupam Kher plays a Mumbai based Priest. Nayanthara’s character gets stuck with her daughter in their house, the daughter uses Ouija board to invite a spirit that she wants to meet but ends up bringing some other spirit. Nayanthara realizes that her daughter is possessed, and she has to deal with the situation all by herself. Anupam, who is playing the priest, suggests that exorcism needs to be performed on the girl. The rest of the film is about Nayanthara’s efforts to save her daughter.


It seems that the film received a great response from all around and now the makers have decided to release its Hindi version.