Sushant Singh Rajput had an untimely demise on June 14, 2020, after which a lot of controversies erupted, specifically concerning the Bollywood film industry. Those controversies are not a distant memory. But the apartment where he was found dead is lying vacant with the owner trying his best to find a tenant. But nobody is willing to move into the house, due to its history. 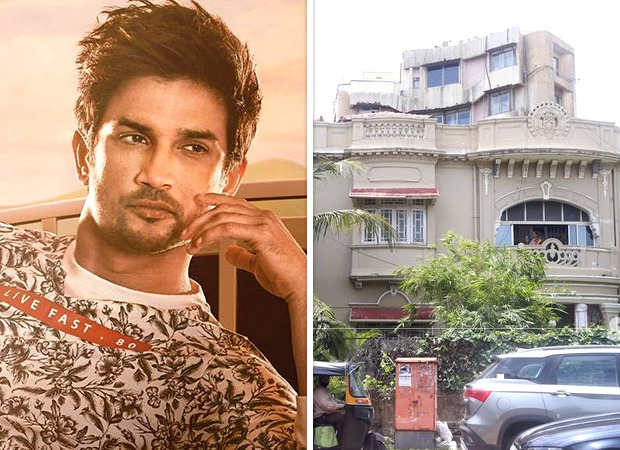 EXCLUSIVE: Flat where Sushant Singh Rajput died fails to find a tenant even 2.5 years after his death: “When prospective tenants would hear that this is the same apartment where he died, they would not even visit the flat”

A report by The Times Of India on Sunday, December 4 stated that despite providing a spectacular view of the sea, the apartment is yet to find a tenant. Also, as soon as the buyers realize that Sushant Singh Rajput died in this very flat, they back off. It is located on the sixth floor of Mont Blanc building in Bandra West, Mumbai and is a sea-facing duplex consisting of 4BHK and a terrace.

Rafique Merchant, a real-estate broker and a reputed influencer, put up a collage of pictures of the flat in a video on his social media handles yesterday, informing his followers that the flat is available for a rent of Rs. 5 lakhs per month. Bollywood Hungama exclusively contacted him and asked him if it was the same flat where Sushant Singh Rajput used to reside, he replied in the affirmative.

He also explained why it’s not finding a taker, “People are scared to move into this flat. When prospective tenants would hear that this is the same apartment where he died, they would not even visit the flat. Nowadays, people are at least visiting the flat as the news of his death has become old. Yet, the deal is not getting finalized.”

Rafique Merchant further added, “The owner is also hell-bent and doesn’t want to come down on the rent. If he does, it’ll be sold quickly. Since he’s selling it at the market price, tenants prefer buying some other flat of a similar size in the same area since it would come without the baggage of controversy that this flat is associated with.”

When asked if the parties were told during the flat inspection about the Sushant Singh Rajput association, he replied, “No. The parties are told in advance that this is where Sushant used to stay. Some people don’t mind the history and want to go for it. But their friends and family members discourage them from going ahead with the deal.”

It’s no surprise that the owner of the flat, who is an NRI, is now wary of renting out his flat to film stars. Rafique Merchant revealed, “Now the owner doesn’t want to rent out the flat to a film celeb, no matter who or how big he or she is. He’s clear that he wants to hand over the flat to a corporate person.”

Rafique also added, “I also offered to make a video of the flat but the owner was concerned. Hence, I uploaded only the photographs and made a video out of it.” The influencer and popular YouTuber is hopeful that he’ll be able to crack the deal very soon.

Last year, during Sushant Singh Rajput’s first death anniversary, there were reports that the flat is up for rent and that due to the COVID crisis, the flat is not finding a tenant. As per the news articles published then, Sushant moved into the 3,600-sq ft Mont Blanc apartment in December 2019 and that he used to pay Rs. 4.51 lakhs per month.