For the past few days, actress Hansika Motwani and reports of her wedding were making rounds on the internet. Putting an end to all the rumours and speculations, Hansika has now made her relationship official on Instagram. The actress is engaged to businessman Sohael Kathuriya. 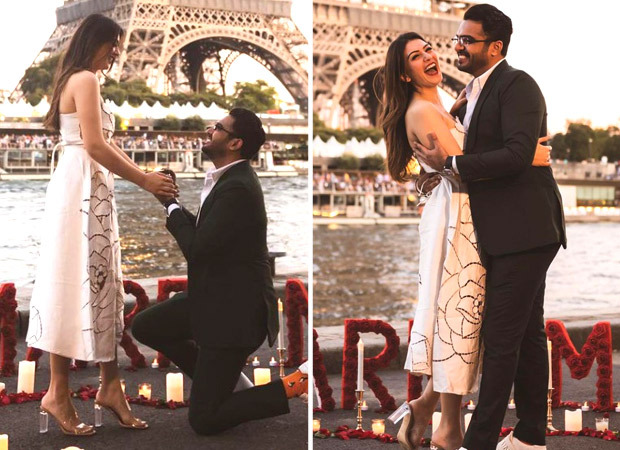 At the same time, ‘Marry Me’ is written with flowers. Interestingly, the photos also capture Paris’ famous Eiffel Tower in the backdrop. The duo looks adorable in the photos. Instagramming the photo, Hansika wrote a short but sweet caption, which read, “Now & Forever.”

Hansika’s photos on social media became viral as soon as she shared them, and her fans have already flooded the comments section with “congratulations”. On the other hand, numerous celebs including Khushboo Sundar, Anushka Shetty, Varun Dhawan, Shriya Reddy, PV Sindhu and Shivaleeka Oberoi, among others, have also dropped wishes for her.

However, it is worth mentioning that the Koi Mil Gaya actress has not given any details regarding her wedding with her fiancé Sohael, so far.

According to a report by Hindustan Times, an insider told the portal, “The wedding festivities will be held from December 2 to December 4. It will be a destination wedding with only their family and close friends flying to Jaipur.”

The report had also stated that a Sufi night will be organised on December 2 followed by Mehendi, and sangeet on December 3. The families plan to play a polo match too. On December 4, there will be a Haldi ceremony held in the morning and the pheras will take place in the evening.