Israeli food tech startup SavorEat, which develops 3D-printed, plant-based meat options, launched new products this week including kosher, vegan, gluten-free, allergen-free pork and vegan turkey burgers. These join the company’s vegan beef burgers, which are already sold in the Israeli chain’s restaurants and will soon be available in the US.

Together, they developed a special “robot chef” that prepares the bottles according to specifications. The washing machine-sized device can cook custom-made burgers with different types of protein, fat, cellulose, water and flavorings and colorings, which can be baked or grilled, making the same “grinding noises” and releasing the same smell of the meat. It does.

The machine, which is the height of two large microwaves and the length of one, is part of the dining experience, Wiseman said. “SavorEat is more than patties. By personalizing the product with Robot Chef, we are creating something completely unique based on the customer’s personal needs. This is a very new experience,” she previously told The Times of Israel.

The Rehovot-based company is also big on sustainability goals, with a growing role in the alternative proteins subsector of the food technology industry and a strong message on climate change.

The meat industry is responsible for 23 percent of global warming gases, and ammonia feeds acid rain from urine. It takes about 1,000 gallons (3,785 liters) of water to produce 1 pound (0.4 kg) of beef. Cattle ranching accounts for 70 to 80 percent of Amazon deforestation.

Plant-based proteins emit far less greenhouse gas (GHG) emissions in comparison, says SavorEat. In the year He cited a 2022 report that says if the plant-based protein sector represents 11 percent of protein consumption by 2035, the aviation industry could see a 95 percent reduction in carbon dioxide emissions.

“At SavorEat, we’re passionate about offsetting carbon emissions and reducing waste, which is why we’ve created a product that can do both,” Wiseman said in a company statement this week.

“By expanding to other plant-based meats, we aim to offer more variety and customization, to allow the planet to eat differently, using healthier and more sustainable options that reduce the ecological impact,” she said.

“Personalized food and medicine is the next big thing and I wanted to create better solutions,” she said. Her vision is for the robot chef/3D printing machine to be “the next microwave, a microwave that makes food in people’s homes easier, more cost-effective, and allows everyone to eat the way they want.” 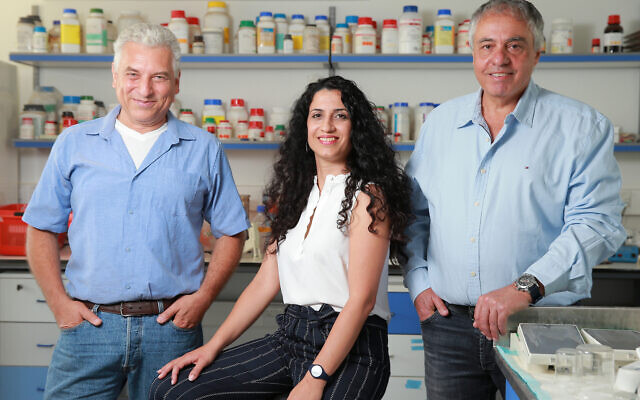 SavorEat patties are made from pea and other plant-based proteins with sunflower and coconut fat.

“And it’s kosher! Everything is plant-based, there are no animal by-products, no allergens like soy or gluten, and no human contact that can cause cross-contamination when chefs handle or cook food on the same grill,” Wiseman said. The company works with rabbinical authorities in Israel and is kosher certified.

SavorEat has filed patent applications for its 3D food production method in the US, Europe and Australia. 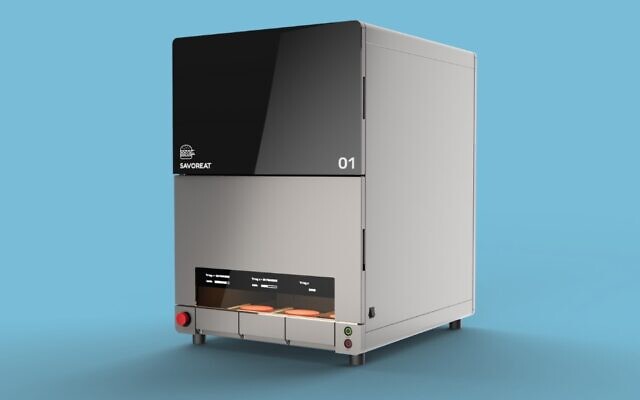 The company It went public on the Tel Aviv Stock Exchange in November 2020, raising 42.6 million NIS (about $13 million) from Israeli institutional investors in a share sale.

SavorEat is one of several Israeli companies, including Plantsh, which recently raised $12 million in funding for a 3D-printed vegan “salmon” fillet, and Plantsh, a 3D-printed animal-free developer. Lamb and beef, burgers, sausages, lamb kebabs and ground beef are sold in 200 restaurants and establishments (including Michelin-starred restaurants) in Israel and Europe. This month, Redifine Meat signed a deal with Israel-based hospitality company Selina to offer plant-based meat substitutes at more than 150 Selina locations in Tel Aviv and London.

Redefining Meat raised $135 million earlier this year to expand production lines in Israel and the Netherlands.

You are a determined reader

We are so glad you read it. X Articles of the age of Israel In the last month.

That’s why we started The Times of Israel ten years ago – to bring discerning readers like you must-read stories about Israel and the Jewish world.

thank you,
David Horowitz, founding editor of The Times of Israel