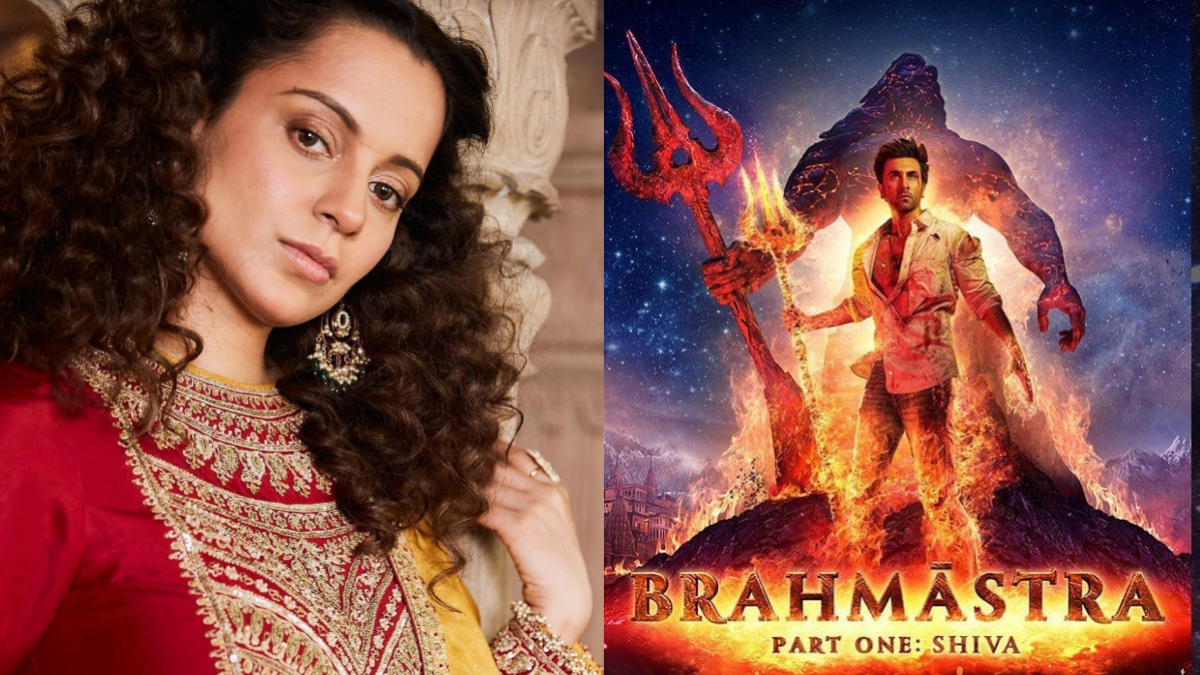 At this point, it is evident that actress Kangana Ranaut relies on mudslinging rather than her own talent for her popularity and relevance. She often keeps talking about how every other actor/filmmaker is ruining our culture and how Bollywood needs to take notes from southern film industries. But when a Bollywood movie inspired by our ancient culture and promoted by stalwarts of Southern cinema came out, she found reasons to badmouth it as well.

Talking about ‘Brahmastra’, Kangana wrote on her Instagram stories, “People like Karan Johar should be questioned for their conduct. He is more interested in everyone’s sex life than in his films scripts. He self admittedly buys reviews, stars, and fake collection numbers and tickets. This time around he tried to ride Hinduism and south wave.”

Kangana also accused Karan for “begging” southern stars like SS Rajamouli and Jr NTR for promoting his film. She said, “They will do everything but not hire competent writer, director, actors and other talents… why not in the first place hire those they went begging to fix this disaster called Brahmastra.”

Talking about director Ayan Mukerji, Kangana said, “Everyone who called Ayan Mukerji a genius should be jailed immediately… He took 12 years to make this film, he replaced 14 DOP’s he shot for more than 400 days for this film and changed 85 ADs and burnt 600 crores to ashes. Also tried to exploit religious sentiments by changing the film name from Jalaluddin Rumi to Shiva last minute, because of Bahubali success.”