The trailer of Govinda Naam Mera was launched at an entertaining event today, November 20, at a five star hotel in Mumbai. Starring Vicky Kaushal, Kiara Advani and Bhumi Pednekar, the Shashank Khaitan directorial promises to be a fun ride. Hence, its decision to release it directly on Disney+ Hotstar raised eyebrows. 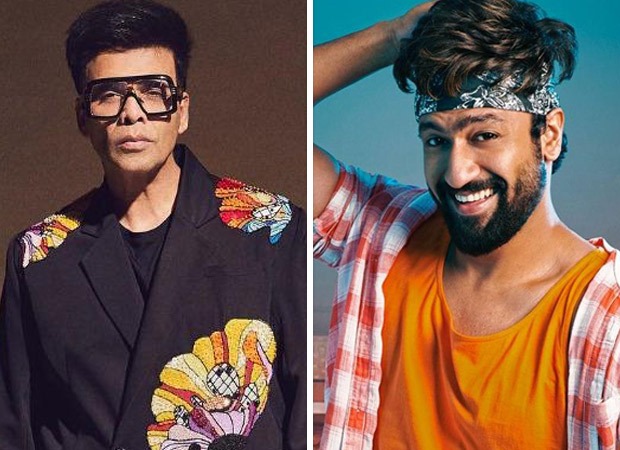 At the event, a journalist asked why the decision to skip a theatrical release was taken, especially when the film has several whistle and clap worthy moments that would have made it an ideal watch on the big screen.

To which Karan Johar said, “We ourselves have created this divide that commercial films are for theatres and the slightly off-the-cuff films are meant for digital. We realised that Disney+ Hotstar is a wild platform. Jitne gharon tak unka reach hai, utne cinema halls nahin hai hamare desh mein. So I believe ki yeh mainstream masala entertainer ko bahut khoobsurat ghar mila hai. So, there were no second thoughts. I guarantee you that the whistles and claps would reach us.”

Gaurav Banerjee, Head – Content, Disney+ Hotstar and HSM Entertainment, said, “There’s a very strong perception in our country that streaming is niche and that it is intended to work for a small part of our audience, that is, the ones in the big cities and a lot of disposable income. We are here to change that and do everything that we can do from a content perspective as well to make streaming mainstream. The same way that cinema and television is mainstream, streaming can also be. A lot that we are doing with our content strategy is to make choices which a large part of the country can enjoy. We in fact started by going in that direction. We were the first streamer that grew by streaming cricket matches. We have added to that by having some really popular films that shows that we have a very wide audience as well. And that’s what our intention has been. Sometimes we succeed and sometimes we don’t. That’s part of the business. Our intention is never to create small and niche pieces of content which very few people can enjoy. Our intention is to create content that all of India can enjoy.”

Also Read: Govinda Naam Mera trailer launch: Kiara Advani hands over the ‘golden girl’ tag to Tabu: “Right now, (golden girl) is Tabu ma’am after the SUCCESS of Bhool Bhulaiyaa 2 and Drishyam 2. She has taken over!”