Kartik Aaryan is gearing up for the release of the much-anticipated thriller Freddy and with each day passing by, the star has been raising curiosity. With every small glimpse that he has been sharing of the character, starting with the teaser which showed him in a complete Grey frame, to now sharing this clip, he showcases his transformation from Kartik Aaryan to psychotic dentist Dr. Freddy Ginwala. 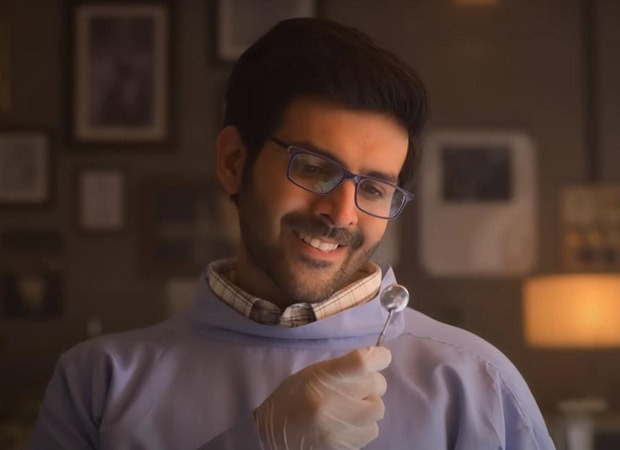 Kartik Aaryan transforming into Freddy will send chills down your spine, watch

Taking to his social media, the actor shares a video of himself getting into the character of Freddy, which itself sent chills down our spine. The actor promises to break all the humorous expectations fans keep from him and vows to give a twist, which is edgier than ever. Asking if we are ready for Freddy, the star pens down a note on social media saying “Freddy अलग hai… TWISTED sa ???? / #ReadyForFreddy / #2nd December ???? @disneyplushotstar.”

The actor who recently gave the biggest birthday bash of the industry this year, has had a mega-successful 2022 with Bhool Bhulaiyaa 2 being a blockbuster at the box office. The actor is all set to impress us with Freddy on December 2. He has also left fans excited with the teaser of Shehzada, and will also be seen in Aashiqui 3, and Kabir Khan’s untitled next.

Also Read: Kartik Aaryan recalls having disturbing nights while preparing for Freddy; talks about coming back to “reality and normalcy”