Kartik Aaryan has been impressing viewers and film critics all over with his performances in movies of different genres. His upcoming movie Freddy shall soon release on Disney+ Hotstar and the latest poster reveals that the actor will be portraying a never-seen-before character in this Alaya F starrer. The film is expected to be a thriller directed by Shashanka Ghosha. While not much has been revealed about the film, the look has definitely caught a lot of attention. 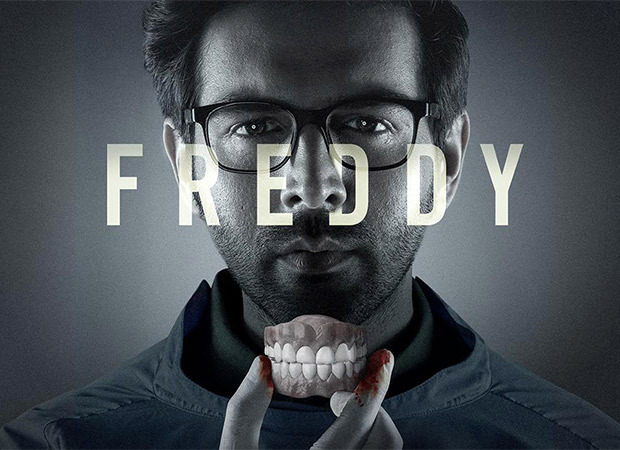 Coming to the poster of Freddy, Kartik Aaryan shared it on Instagram saying, “Dr Freddy Ginwala Appointments opening soon.” In the poster, the actor is seen holding a set of dentures in his gloved hands, with a hint of blood. His expression is mysterious, leaving all of us guessing for what’s in store. Many fans of the actor showered their praises and love on the latest pic from the film.

Speaking about his role in the film, Kartik had said, “I feel fortunate to be a part of Freddy, the story of the film is something that I haven’t explored before. It has allowed me to experiment with my craft and explore new territory. I’m looking forward to the movie releasing on Disney+ Hotstar soon and hoping the audience will love this new avatar.”

Also Read: EXCLUSIVE: Kartik Aaryan reveals details of Freddy being an OTT release; says, “I did the film keeping that in mind”