Kartik Aaryan and Kiara Advani starrer Bhool Bhulaiyaa 2 is one of the biggest grossers of 2022. Though the sequel did not include Akshay Kumar who was part of the first instalment, the performance of the ensemble star cast managed to impress the audience as well as critics. While everyone enjoyed the experience of seeing Kartik Aaryan in a horror-comedy, Katrina Kaif found it “very very scary”. 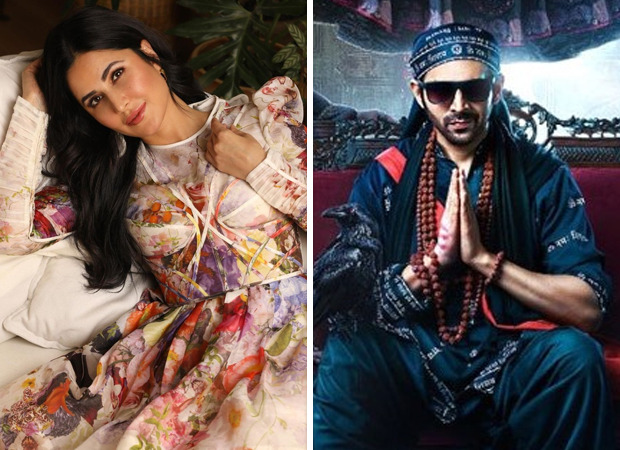 Recently, Katrina Kaif kickstarted the promotions of her upcoming film PhoneBhoot. In an interview with Pinkvilla, the actress was asked if she enjoys watching horror films. In her response, she said, “Not much. I can’t see them.”

As Kat continued, she asserted, “I couldn’t finish Bhool Bhulaiyaa 2. Seriously I couldn’t. I had to cover my eyes. When Tabu comes all that even though I know that there is humour inside of it even for me that was very very scary.”

As the conversation moved ahead, the Bharat actress was asked if she was scared while shooting for PhoneBhoot at locations. “We didn’t have such locations. I am also a ghost in the film right? I am not going to be scared of myself. In our film there are a lot more comedians, I think. It’s primarily comedy [with a] whole lot of errors, an unintentional comedy in the way that I think the boys in the film don’t realise.”

On the other hand, the Zero actress also talked about how marriage has brought changes in her and Vicky Kaushal’s life. Elaborating on the same, she revealed that their work commitments have been keeping them away from each other. She then added that even though they had been getting less time to spend together as newlyweds, her husband has been a really wonderful person.

Talking about PhoneBhoot, the Gurmmeet Singh directorial also stars Siddhant Chaturvedi and Ishaan Khatter along with Jackie Shroff as the antagonist. The film is slated to release on November 4.

Also Read: Katrina Kaif talks about her projects Merry Christmas and Tiger 3; reveals what makes her say yes to a script