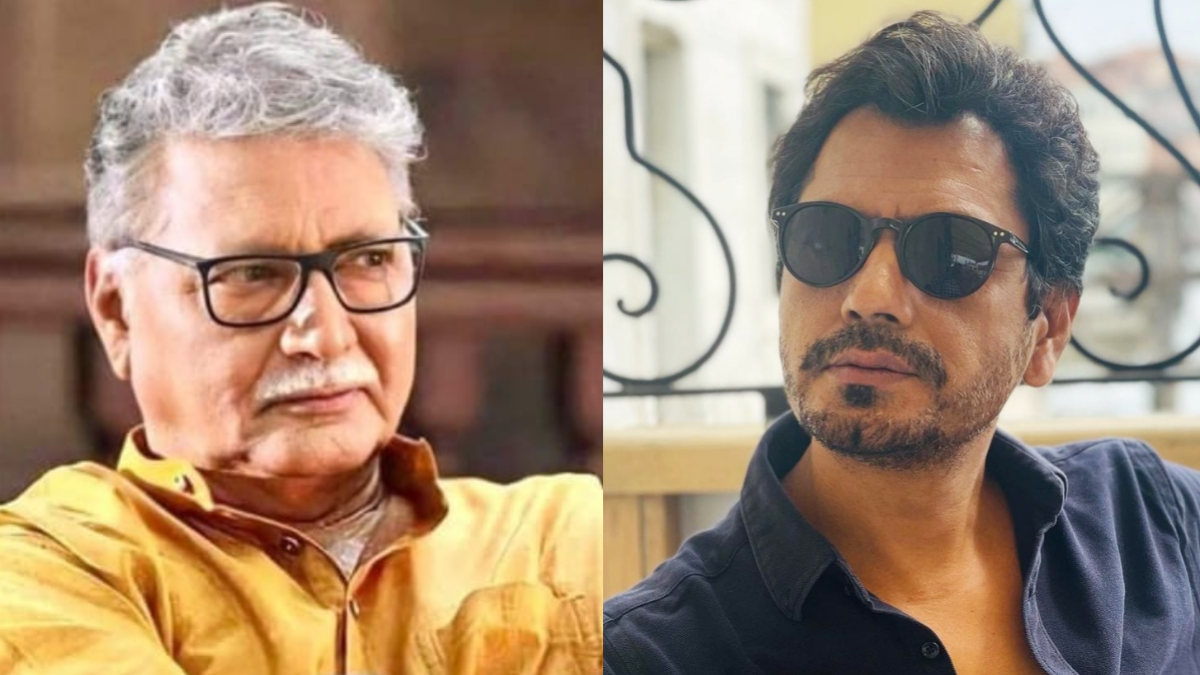 Last Saturday, Veteran television and film actor Vikram Gokhale passed away in Pune after suffering from multiple organ failure. He had been battling health issues for some time and was on life support when he breathed his last. Soon after this, several Bollywood stalwarts took to their social media outlets to express their grief an condolances.

In a recent conversation with Bollywood Times, actor Nawazuddin Siddiqui talked about Vikram Gokhale and recalled working alongside him. Nawaz said, “I had the honour of working with him. I am not sure but I think the last film we did together was Adbhut. He was one of our finest actors no doubt. There was an effortless grace in his performances that made him a cut above the rest.”

Nawaz further added, “A good actor is beyond boundaries and while he was known for his outstanding work in Marathi theatre, films and TV, he transcended the language barrier. That for me is an actor’s biggest achievement — his ability to have an extensive reach. Even in his 70’s he wanted to do different roles. His thirst as an actor to push himself was no less and that I think is an incredible quality of an artiste. That is what I noticed about him the most when I worked with him. My deepest condolences to his family and fans.”