Bollywood star couple Ajay Devgn and Kajol’s daughter Nysa Devgan has not made an entry in films. However, she enjoys a massive fan following on social media platforms. Nysa’s stunning pictures often go viral on the internet. Recently, a video of the star kid started making rounds, in which she is seen dancing. She is seen enjoying a Thanksgiving party with her friends. 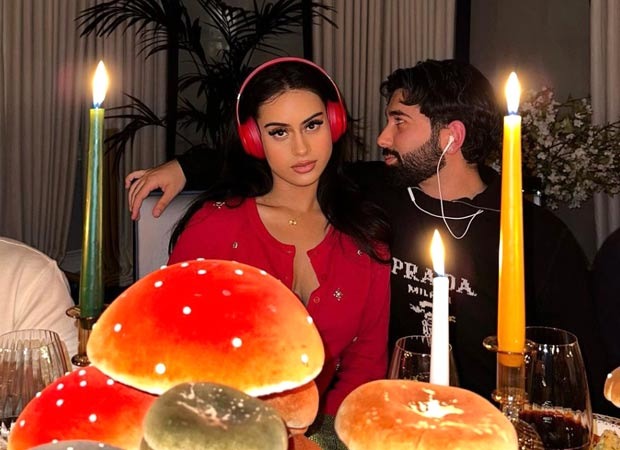 Interestingly, Orhan Awatramani hosted a Thanksgiving dinner and a bunch of star kids attended it. Giving a sneak peek into his gala time with friends, Orhan has posted a few pictures and a video. In the pictures, Nysa can be seen sporting a stylish red top paired with a denim skirt. In the photos, she was seen enjoying dinner with her friends. In one of the photos, she was seen posing with Orhan.

On the other hand, talking about the video, Nysa can be seen dancing happily with her friends Tania, Orhan, Mahikaa and others. Many from Orhan’s Insta fam reacted to the post, including Khushi Kapoor, and Bhumi Pednekar, among others.

Talking about Nysa’s IG handle, she maintains a private account. The 19-year-old star kid has finished school in Singapore where she studied at the United World College of South East Asia.

Speaking on her Bollywood debut, Ajay had once told TOI, “My daughter has not mentioned to me (at least yet) that she wishes to join the movies. So, everything else is hypothetical,” in an interview earlier this month.

Elaborating further Devgn added, “She is just a teenager. She hasn’t told Kajol or me what her final career choice would be. As of now, she is studying overseas. If she decides to pursue a career in the film industry, it will be her choice. As parents, we will always support her.”