On October 13, 2022, Tinseltown celebrated Karwa Chauth. Raj Kundra was spotted with his wife Shilpa Shetty at Anil Kapoor’s residence for celebrating Karwa Chauth. However, while making an entrance, Raj Kundra was seen hiding his face with a sieve from the paparazzi, and the netizens couldn’t stop bashing the popular producer.

For those who don’t know, this is not the first time when Raj has hidden his face from the paparazzi. Ever since he has been out of jail on bail after his p*rn controversy, Raj always uses huge face masks to hide his face from the paps. Now, scroll below to know what the netizens said to him.

In the recently shared video by the paparazzi, Raj Kundra can be seen making an entrance at Anil Kapoor’s residence, holding a sieve with Shilpa Shetty Kundra‘s initials (SSK) written on it as he was hiding his face from the paps. However, Raj looked quite dapper in a checked kurta and a black waistcoat. However, his gesture didn’t sit right with the internet users, and the business got brutally trolled by the netizens. 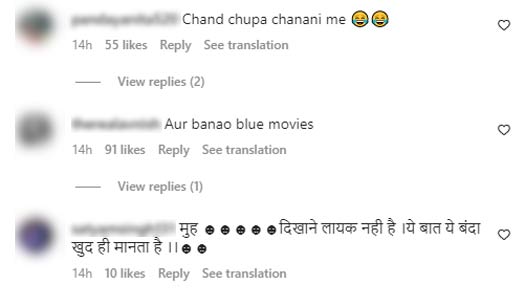 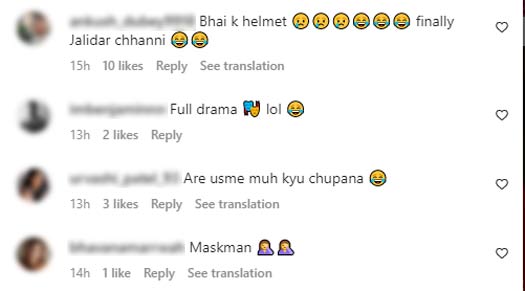 A while back, Raj Kundra was arrested for his alleged involvement in a p*rnography case. However, now, he has been out on bail. What are your thoughts about Raj’s new mask look with Shilpa’s sieve? Let us know in the comments!

Must Read: Nargis Fakhri Exposes The Dark Side Of Bollywood As She Reveals People Have Multiple Faces: “You Have To Interact Even If…”