For the past few weeks, Bigg Boss 16 may have triggered some arguments and debates but the controversial show has been under the scanner for only one reason – Sajid Khan. The MeToo accused filmmaker returned to the entertainment industry with the reality show. While he was initially banned from working in this industry owing to the sexual harassment allegations, he returned to this show after the restriction was lifted. Now, it is being said that the immense backlash from netizens and the alleged victims have forced the channel authorities to rethink their decision and that they may been evicting him as a contestant. 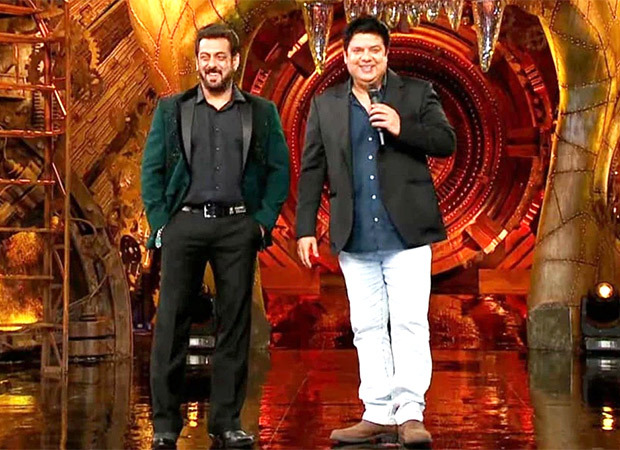 Sajid Khan to be forcefully eliminated from Bigg Boss 16: Reports

Amidst all the hoopla around other contestants in Bigg Boss 16, Sajid Khan is one of the most underrated contestants in the house. While arguments, debates, and love triangles are at its peak on the show, Sajid Khan remains uninvolved in all of them. However despite his low-key image, the situation outside the Bigg Boss has worsened for him, as his alleged MeToo victims have come out and spoken about how he harassed them. As per ETimes report, sources have claimed that Sajid Khan will be evicted within the week as the channel wants to avoid all the backlash they have been receiving.

Not too long ago, we had reported that even the Delhi Commission of Women (DCW) intervened in the matter and issued a letter to Anurag Thakur in I&B Ministry demanding the removal of Khan from the show. On social media, netizens also expressed their disappointment towards Salman Khan. The superstar shares a good offscreen camaraderie with Sajid Khan and family. The netizens are slamming him for this bias.

Followed by the uproar and all the flak they have been receiving, the channel authorities have decided to make a decision of evicting him from the reality show itself.

Bigg Boss airs from Mondays to Fridays at 10pm and on Saturdays and Sundays at 9:30pm. Hosted by Salman Khan, the show also features television celebs like Tina Dutta, Shalin Bhanot, Sumbul Touqeer, Gautam Vig, among others.

Also Read: Bigg Boss 16: Sherlyn Chopra says Sajid Khan flashed ‘his private part’ at her; requests Salman Khan to be her ‘Bhaijaan’ and help them