The trailer of director Raj Mehta’s Selfiee has largely succeeded in entertaining the audience. The film has Akshay Kumar playing a Bollywood superstar named Vijay Kumar. Emraan Hashmi plays an RTO officer Om Prakash who is Vijay’s die-hard fan. His dream is to click a selfie with the actor along with his son. However, Vijay and Om’s first meet turns out to be so terrible that it makes them bitter enemies. 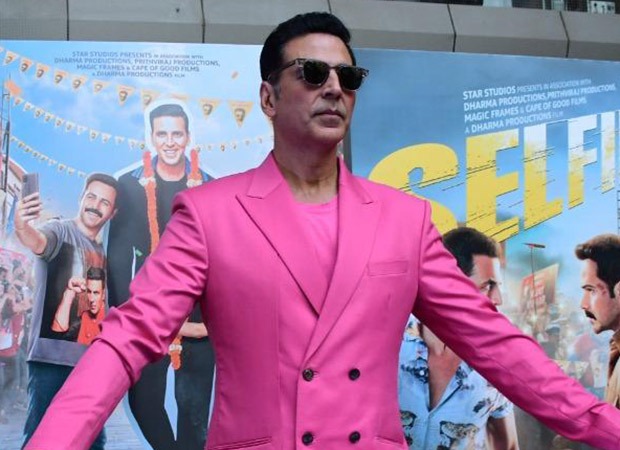 The makers of Selfiee has made it clear that Akshay is playing his real-life character in the film. Apart from the surname of the character being Kumar, this is also indicated in the scene where he says that he does four films in a year along with many ads. And just like Akshay, Vijay too is known for his action avatar.

It is rare for an actor to play himself on screen. But what if we tell you that Akshay has achieved this feat not once but thrice? Selfiee is the third film where the actor is playing himself after The Shaukeens (2014) and the recent movie An Action Hero (2022). Hence, Akshay completes a trilogy of sorts with Selfiee.

The Shaukeens was the official Hindi remake of Basu Chatterjee’s 1982 comedy Shaukeen, which starred Ashok Kumar, Utpal Dutt, AK Hangal, Mithun Chakraborty and Rati Agnihotri. The Shaukeens apes the story of three old men, played by Anupam Kher, Annu Kapoor and Piyush Mishra, trying to get lucky with a beautiful girl, played by Lisa Haydon, but there is a twist.

It has Akshay Kumar playing Akshay Kumar. His character is straight out of his real life as he is a known star known for his action avatars. In fact, in one of the scenes, he also takes a dig at himself for doing too many action roles in his career.

Akshay’s entry in An Action Hero in a guest appearance came as a complete surprise. While films in Rohit Shetty’s cop universe show the guest star in the trailer itself, the makers of An Action Hero kept Akshay’s casting under wraps before the release.

The film starred Ayushmann Khurrana in the lead role of a young star actor. Akshay played his senior from the industry, who is also his friend. While there was no name given to Akshay’s character, he played a senior actor known for his action roles. His way of talking, while displaying his sense of humour, is also similar to his real life.

Interestingly, in the 1996 film Khiladiyon Ka Khiladi, Akshay played a character named Akshay and he also had a song on himself with the words, ‘Hum Hai Seedhe Saadhe Akshay Akshay,’ Later on, the song also highlights that he is not a star kid (‘Na Kisi Hero Ke Bachche’). But it was a fictional character named Akshay Malhotra.

Also Read: Emraan Hashmi reveals Selfiee co-star Akshay Kumar was a ‘farishta’ during his son’s cancer battle: “He was the first one to call and stand by me, our family”