On his 57th birthday, Bollywood superstar Shah Rukh Khan dropped the first teaser of his upcoming film Pathaan. As soon as he shared the teaser, it started trending on all social media platforms. Speaking of Pathaan, and his other two upcoming films Dunki and Jawan, the actor stated that all three of them will be “superhits”. 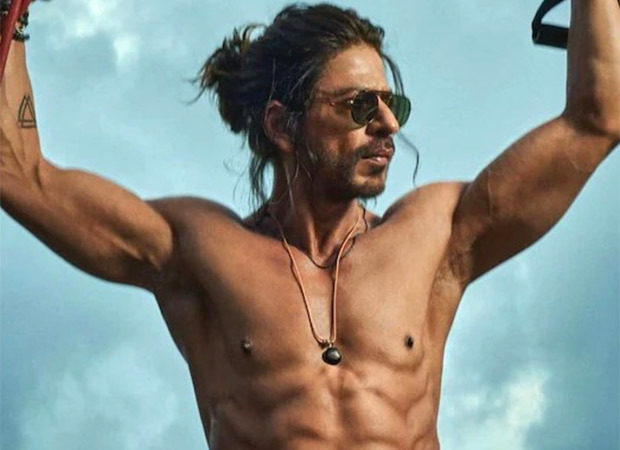 Shah Rukh Khan believes Pathaan, Dunki and Jawan will be “superhits”; says, “I have prepared my best”

It all happened at Sharjah International Book Fair 2022 at Expo Centre in Sharjah, UAE. On Friday night, he was honoured with the Global Icon of Cinema and Cultural Narrative award for his contributions as the “International Icon of Cinema and Culture”. During his interaction, he spoke about various things, including his comeback after a long gap.

When asked if he is “nervous” about his upcoming releases, Pathaan, Dunki and Jawan, SRK replied by saying, “I don’t think I need to be nervous, they are all going to be superhit films.” He further added that his statement is not ‘arrogant’. Explaining his take, he asserted, “That’s the belief I sleep with, I wake up with and that’s the belief that makes the 57-year-old me do stunts, and work 18 hours a day.”

The Don actor continued by saying, “If I did not have that belief that I am making a product that lots of people are going to like then I won’t be able to do it. So. it’s not an arrogant statement, this is what I like to believe. It’s a child-like belief that ‘look, I have prepared my best, I have done my best, I am going to pass with flying colours.”

For the unversed, Pathaan is slated to release on January 25, 2023. After that, he has Atlee’s Jawan and Rajkumar Hirani’s Dunki in his kitty. Both are slated for release in 2023.

Also Read: Shah Rukh Khan speaks about raising three kids; says his parents would be proud of how he has raised Aryan, Suhana and AbRam