As younger consumers shift to social apps that focus on video and personal social networking, a new social app called Studio is launching today a group camera experience that lets groups of friends share videos with each other in personal albums. .

These albums, or “studios” as they’re called, are available to everyone in the group as a way to record and share daily memories or vlogs in a more creative format than your standard group chat.

The app is launching to the general public today with $3.3 million in seed funding led by GV’s MG Siegler.

Matt Hidalgo, the studio’s founder and CEO, explains how the former Coco Labs and Twitter startup landed on the idea for this collaborative short-form video.

Early on, the team explored other ideas in social, including Collie, a photo-based bookmarking tool that proved there was some level of user engagement for a collaborative, yet private, social networking experience. That app was used by high school students to make bucket lists during the summer.

But the format Colley used didn’t produce results, which led the team to the idea of ​​using video instead.

“The younger generation…has this insatiable appetite and desire to consume video and create video,” says Hidalgo. “And still, I’d say the format is very unexplored — where a lot of the big apps come from and do video and video editing in a different way,” he said. We believe there is much more interaction and scale to be explored with video.

With Studio, users open the app like an old-fashioned camera, then record videos up to 10 seconds long, which are saved to personal shared albums known as Studios. The idea is to frame and assemble the albums as a way to creatively elevate the group’s everyday memories. You shouldn’t feel like you’re recording Snapchat videos for a reason, but rather small scenes of an extended story. Hidalgo likens the experience to creating a collaborative “TV show.”

The company came up with the idea when it realized its power users were using the app to record highlights for their school clubs or sports teams — for example, recording videos for game day or other events. Hidalgo recalled how his parents would make home movies that would entertain the family as they watched them back over the years. Studio aims to deliver the same vibe.

But, as the app stands today, it’s more bare-bones than some might expect from today’s social apps, which are often crammed with AR effects, filters, editing tools, and more. In the studio, you can invite friends to a class, record 10-second videos together (which are merged as a “class” every day), add captions – and not much else.

It felt strange that there wasn’t even a built-in way to “reply” to friends’ videos by adding likes or comments, as seen in social apps. But this is by design, Hidalgo notes.

“The main way we built a product was to build the most stripped-down version possible. [and] Test the core mechanic,” the app said, with no comments or chat. Instead, users respond by filming their own videos to continue the “show.”

Of course, the idea of ​​a group video app isn’t new. Studio shares some similarities with other video apps. The concept is reminiscent of FlashTape, the video texting app from the creators of YOLO, but extends the supported video duration from 1 second to 10 as a variable.

Still, the great social app BeReal wasn’t entirely new either – it was heavily inspired by the previous social app FrontBack. It easily introduced the dual camera concept to a new generation of users and has now reached the top 10 on the App Store with over 46 million global installs and more than a dozen countries.

GV Sigler, who returned to seed investing a year and a half ago, says he’s looking for the potential of new social apps that cater to a younger audience.

“With what’s happening at the big companies… there seems to be this moment — if not a complete reversal of the guard, people seem to be at least open again to trying new things,” he explained. “There was this lingering feeling of saying these things. [larger social] Networks are getting older. The demographics have changed – and young people are looking for the next and trying different types of networks. 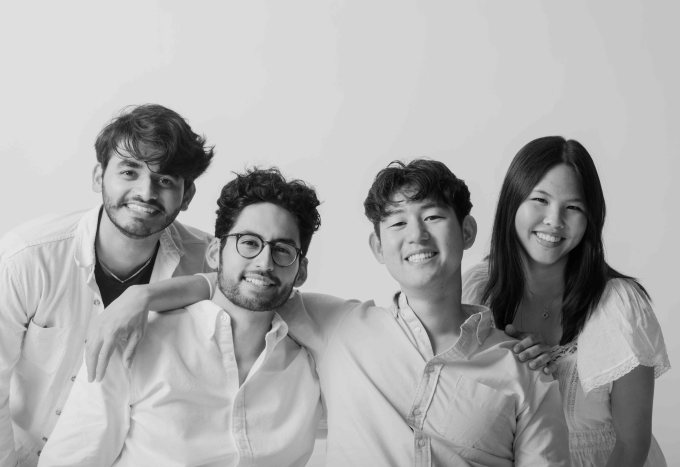 He believes the studio team is looking to build slowly and methodically, as many social apps do on TikTok these days.

“There will be a lot of micro-pivots down the road and listening to what it is that you want to build a user base,” he said.

It is a team of three co-founders, including a New York-based studio. Aditya Mohile (formerly Facebook) and Chris Chao, in addition to Hidalgo, as well as two apprentices. Currently hiring a Founding Designer and Founding Engineer.