The starkids Suhana Khan and Shanaya Kapoor, all set to make their Bollywood debut, were seen at the Dubai bash at Palm Jumeirah. While they are social media stars, the budding actors met supermodel Kendall Jenner at the event. 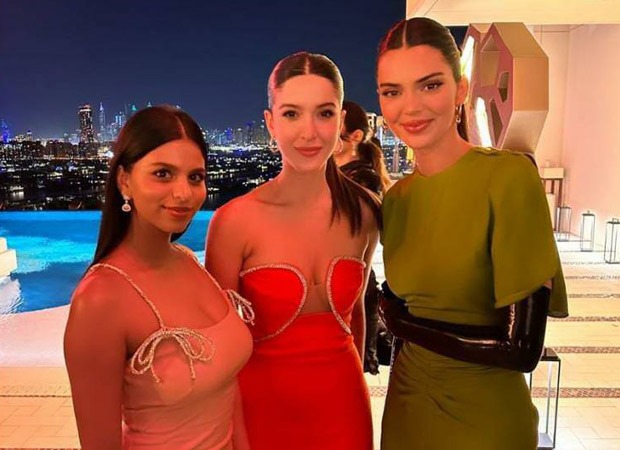 Shanaya Kapoor took to her Instagram stories to share the photo of the three of them. Suhana was dressed in a pink mini-dress paired with silver heels whereas Shanaya wore a strapless red figure-hugging dress and matched her heels with Suhana. Kendall was dressed in an olive green dress and all three of them smiled at the camera. 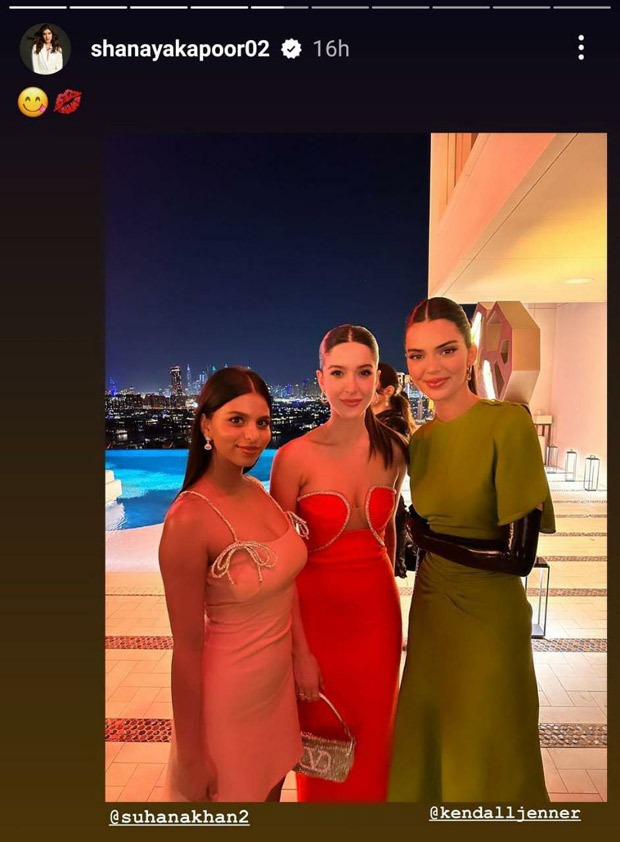 On the professional front, Shanaya Kapoor will make her Bollywood debut with Bedhadak, with Gurfateh Pirzada and Lakshya Lalwani. The film is being produced by Dharma Productions and directed by Shashank Khaitan.