Tamannaah Bhatia has put an end to speculations about her marriage with a hilarious video featuring her ‘businessman husband’. Reacting to a paparazzi account that hinted at her wedding, the Baahubali actor posted a video of herself dressed as a man with short hair and a moustache, asking fans to meet her partner. She also added hashtags talking about how everyone is ‘scripting’ her life.

Taking to her Instagram stories, the actor first shared a video posted by a paparazzi handle of her in a green saree entering a room and closing the door. It came with the caption, “Marriage rumours of Tammanah Bhatia. Is she getting married to a businessman, who tried to woo her???” Reacting to it, Tamannaah wrote “Seriously???”

She then posted a video of herself dressed in a T-shirt, green jacket, dark pants, dressed like a man. Silencing the rumour mills, she mentioned, “Introducing my businessman husband… (laughing emojis) @viralbhayani.”  It was followed by hashtags like ‘marriage rumours’ and ‘everyone scripting my life’. Take a look. 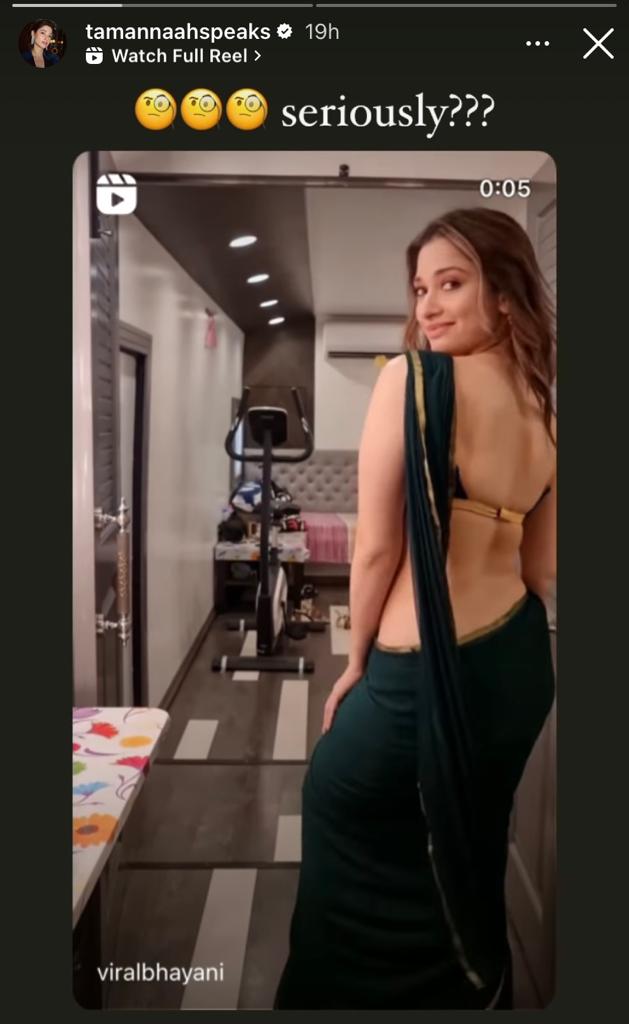 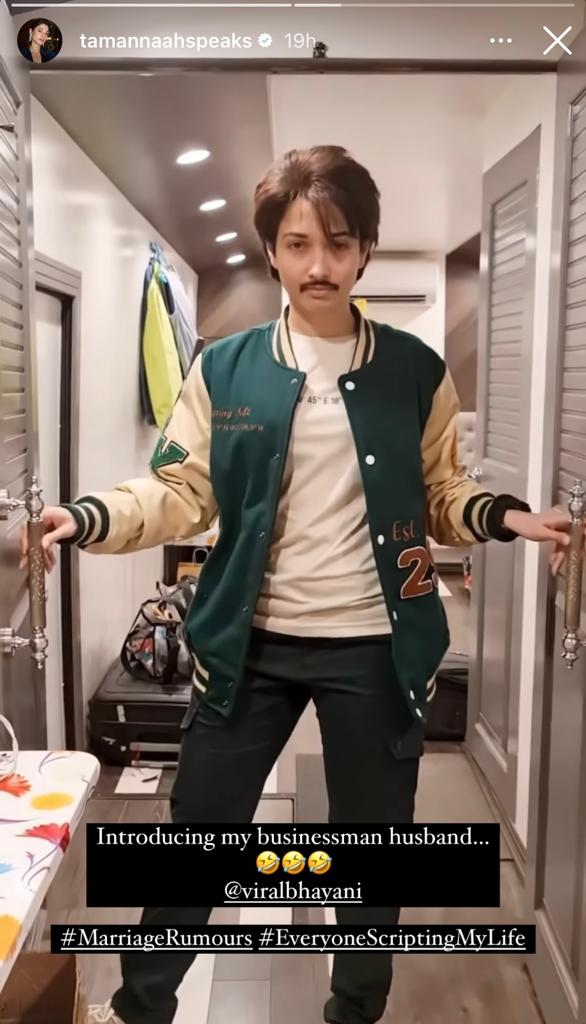 In an earlier appearance on the podcast show Beer Biceps, Tamannaah spoke about what she looks for in an ideal partner, mentioning that one shouldn’t have to walk on eggshells in order to be with them. The actor added that the love and romance between her parents had set the bar quite high for her, and hence she hadn’t found a partner yet.

She was recently seen in the comedy film Babli Bouncer, the Madhur Bhandarkar directorial which premiered on the OTT platform Disney+ Hotstar. It also starred  Sahil Vaid, Saurabh Shukla and Abhishek Bajaj and more in pivotal roles.  She also starred in director Shashanka Ghosh’s Plan A Plan B, which arrived on Netflix in September 2022.

Tamannaah will now star opposite superstar Chiranjeevi in Bhola Shankar. The Telugu action flick has been directed by Meher Ramesh and also stars national-award-winning actor Keerthy Suresh as Chiranjeevi’s sister. Other actors on board the film include Murali Sharma, Raghu Babu, Rao Ramesh, Vennela Kishore and more.