Seasoned actress Neena Gupta is all set to appear in Sooraj Barjatya’s upcoming film ‘Uunchai’ and she could not be happier about it. In a recent media interaction, she shared that ‘Uunchai’ is a dream come true for her as she has always wanted to work with Barjatya since her initial days. Also starring Amitabh Bachchan, Anupam Kher, Boman Irani and Danny Denzongpa, ‘Uunchai’ revolves around four friends in their old age.

Talking about her involvement, Neena said, “I felt fortunate that Sooraj Ji called me and gave me a role in a very nice script. My only aim was to give my best because I wanted to work with him for many years and now I had that opportunity. I love the films they make.” She added, “For me Rajshri Productions is really too big and while I was growing up I have often tried to meet Sooraj ji but never got to the chance. Finally I got this film, it is unbelievable.” 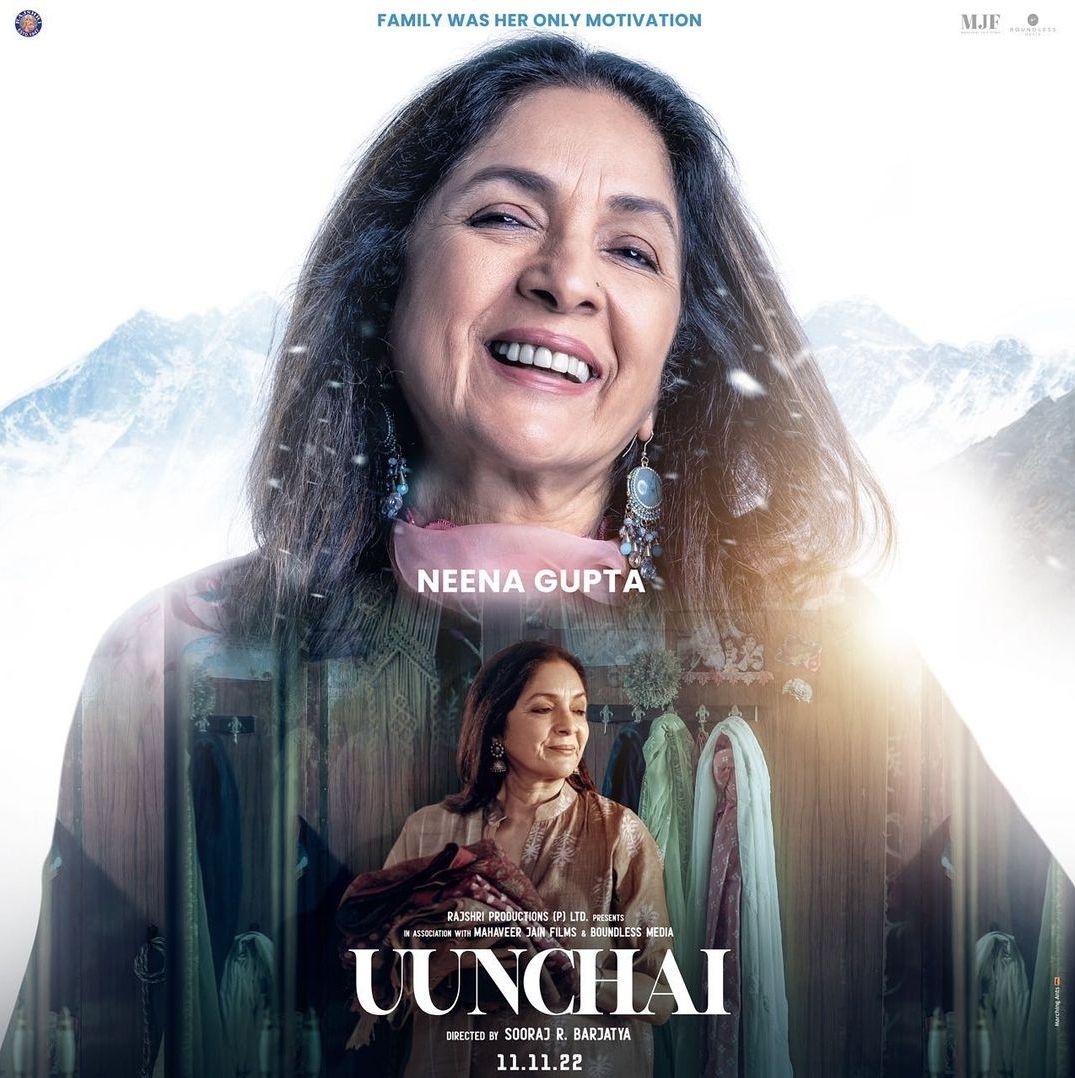 Neena further talked about how her character in ‘Uunchai’, a housewife whose life revolves around her husband and daughter, is a farcry from her real self. She said, “Before marriage, I would work from morning to night, look after the child, had my father (to look after). I had to work for money then. After I got married, I decided I will be at home, look after Masaba, watch films, go on holiday, etc. I did this for 10 years and was very unhappy. Everybody took me for granted. It was boring. What motivates me is work. I am very happy when I am working.”

‘Uunchai’ is set to release on 11th of November.