Aviation’s Alice electric planes took off for the first time yesterday, teasing the future of hundreds of regional flights with zero emissions and far less noise. There is still a way to go, but today’s rally shows that it is at least a matter of time and money.

The Alice will ultimately be a prototype passenger plane with a total payload capacity of about 2,500 pounds, depending on how you want to break down 6-10 people and their luggage. It’s powered by a pair of Magnix motors — that company just raised $74 million from NASA to build multiples — and an advanced battery system from AVL. It has a top airspeed of about 260 knots.

It took off for a test flight at Washington Central Airport, climbed to 3,500 feet and landed again, with a total flight time of 8 minutes. This is enough to show that the aircraft can do what it is intended to do, but it is still a long way to complete passenger flights.

“Today’s maiden flight provided valuable information for Aviation to further develop the aircraft for commercial production. “We will review the flight data to understand how the aircraft’s performance compares to our model,” Aviation CEO and President Gregory Davis told TechCrunch.

This wasn’t just a big press event to show off their shiny new plane – it was a hugely important validation of what was only a theoretical plane until it hit the tarmac. This flight will be followed by more test flights exploring the aircraft’s limits and how it performs in different conditions.

Of course, they eventually have to design and prove it, and Davis said in 2016 2025 is their goal to conduct tests with production samples of the aircraft. These things move slowly by design – there’s a reason why air travel is so safe.

Aviation (and many other ambitious electric and hybrid flight companies) envision the activation of many new travel points, such as regional airports used primarily by cargo companies and private jet owners. Cheap and clean flights between these small hubs simplify both transportation and cargo.

Why don’t we already use them, you ask? Gas-powered aircraft are noisy and the logistics of fuel, refueling and other infrastructure don’t always work out. Smaller, quieter planes can deliver packages to a more local delivery hub. Investment from municipal or county governments to activate underutilized but important infrastructure could also reduce the cost of modernizing regional airports.

As for passengers, we’ll see how the new transportation network works — maybe they’ll land and board a live robotaxi while Aviation flies over your neck of the woods. It should be a quieter ride inside, though don’t expect complete silence. 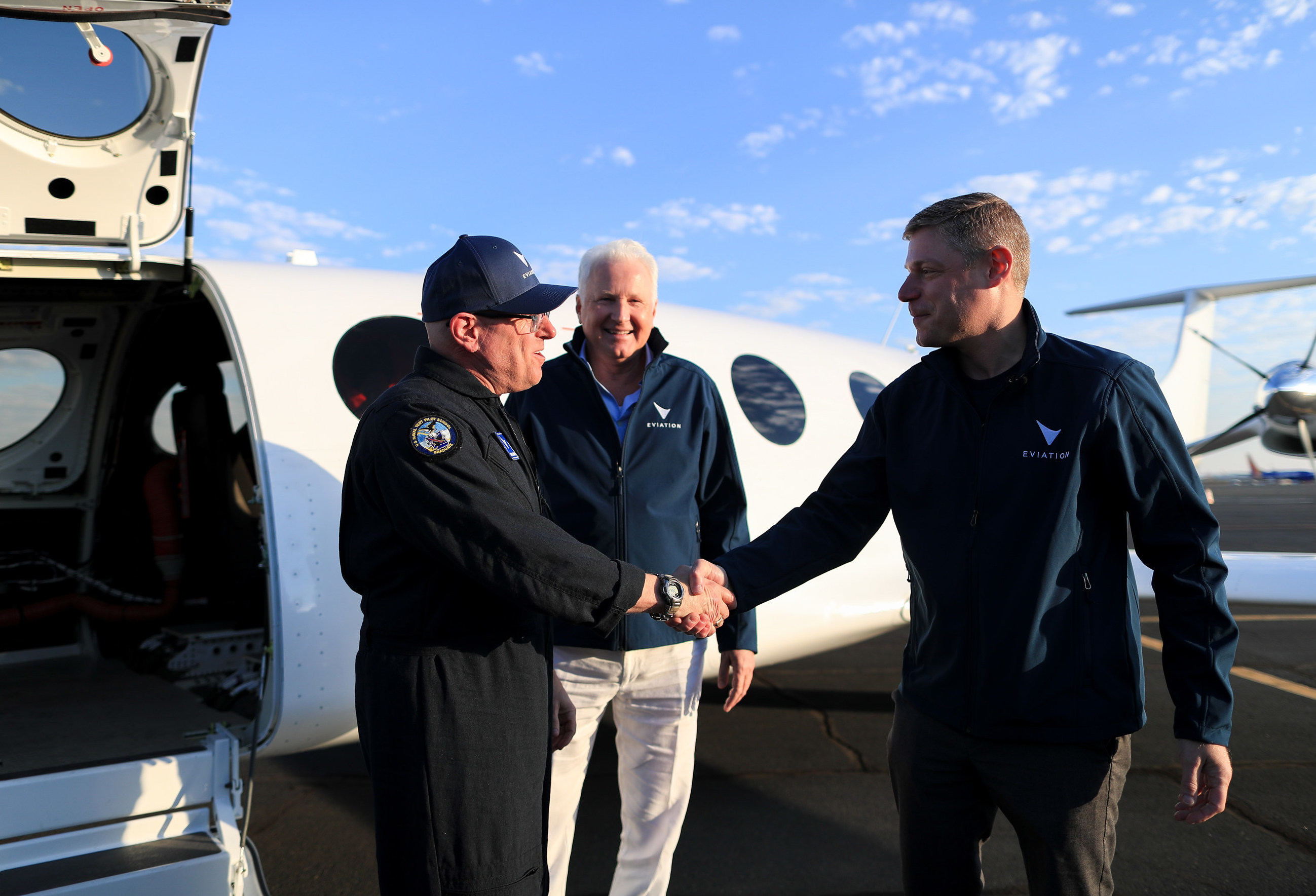 The company declined to estimate the time of the first main flight, which I described as 50 miles or more, as it all depends on the testing and certification process. Which is fair – they don’t just take the only example with millions of dollars riding on it.

And there are definitely customers waiting at the door: it may be a few years before Alice (or its successor – Bob?) goes live, but more than 100 planes are waiting.

Cape Air and Global Crossing Airlines have ordered 75 and 50 aircraft, respectively. Both are regional airlines that cover most of their flights using Alice-style electric craft. It’s a big investment, but the fuel and maintenance savings are huge. DHL Express has ordered a dozen planes, preferring to dip its toe in the pool first.

The electric aviation space is heating up, and companies are finally moving past the concept stage and into real testing – they can expect continued growth and diversification over the next few years as the industry embraces a greener and quieter future.