By Jason Chester for MailOnline

Heidi Klum went some way to proving the apple doesn’t fall too far from the tree as she attended the Daily Front Row Awards with daughter Leni on Saturday night.

The German supermodel, 49, was joined by her eldest child during a red carpet appearance at the star-studded event, held in conjunction with New York Fashion Week.

Heidi showed off her bronzed legs in a colorful themed dress with carefully placed cut-out sections as she posed for pictures alongside 18-year-old Leni.

Side by side: Heidi Klum went some way to proving the apple doesn’t fall too far from the tree as she attended the Daily Front Row Awards with lookalike daughter Leni on Saturday

She wore her blonde hair in beachy waves and opted for a glamorous make-up palette, while a hot pink clutch and matching strappy heels rounded out the ensemble.

Mirroring her mother’s look, Leni also opted for a similar sequin dress and hot pink handbag as they posed for photos shortly after arriving at the New York event. 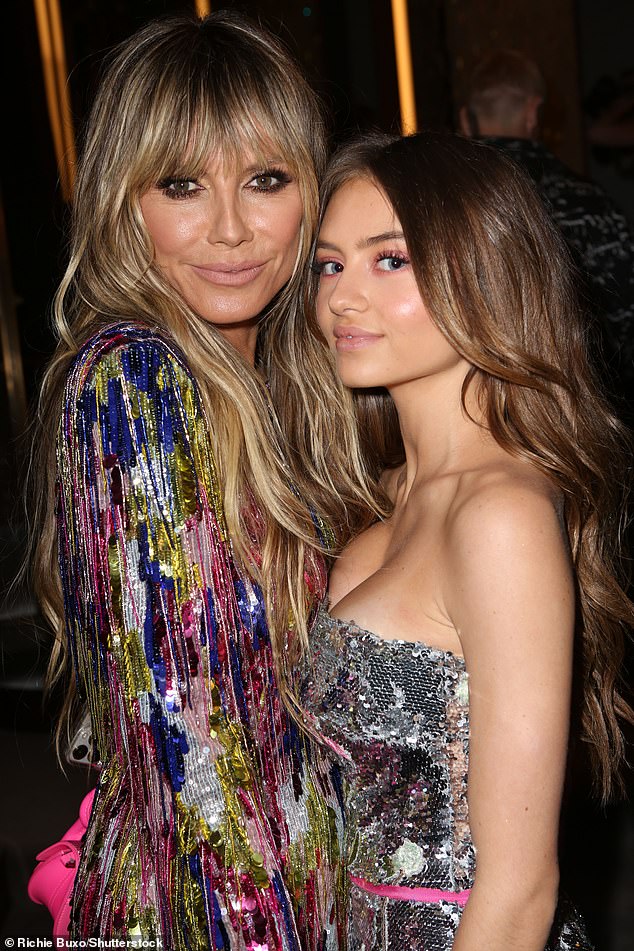 In good company: The German supermodel was joined by her eldest child during a red carpet appearance at the star-studded New York Fashion Week event. 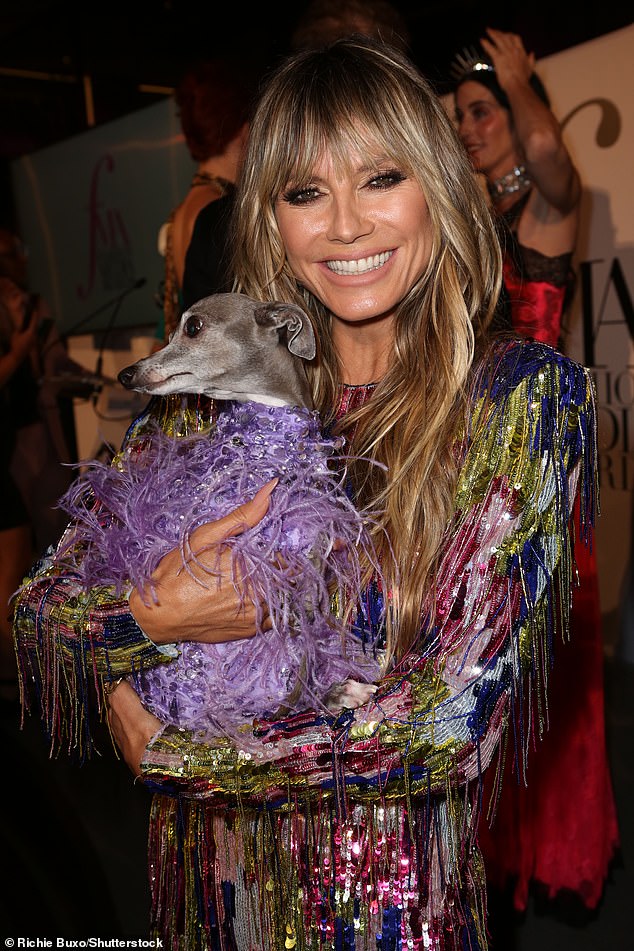 Heidi shares Lena with ex Flavio Briatore, but her ex-husband Seal, who she was married to from 2005 to 2014, adopted her when she was just five.

The singer has continued to stay in her life amid the split and the former couple also have sons Henry, 16, and Johan, 15, and daughter Lou, 12.

During an interview last year with Extra TV, Leni discussed a modeling tip she got from her mother, Heidi, when she was starting out in the industry. 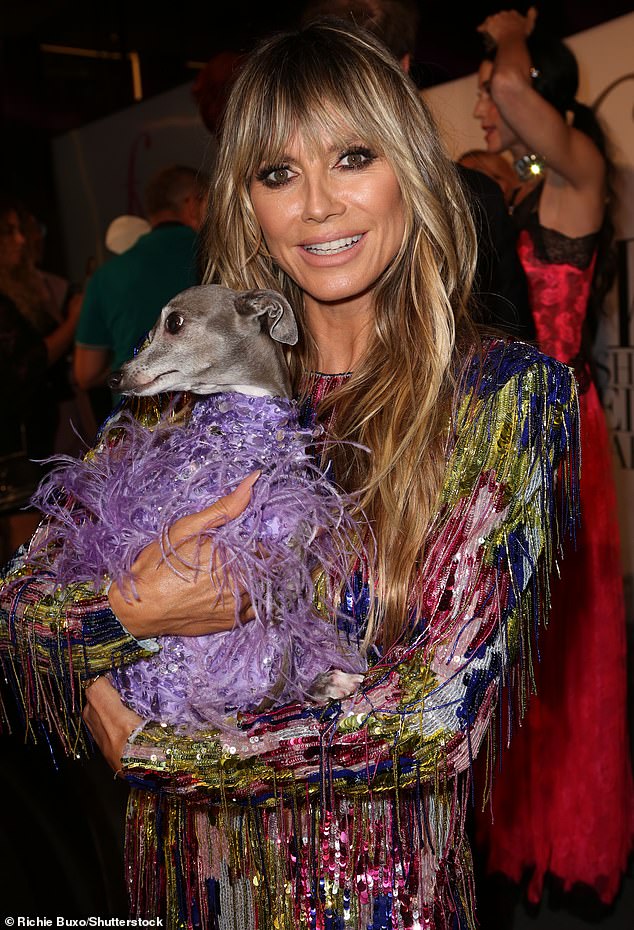 Say cheese: The supermodel held a confused looking Tika to her chest as she posed for photos

“She always tells me I need to have fun, and she always says, ‘Dance, have fun, be energetic, be excited,'” the star explained.

The media personality also explained that although her mother and she enjoy the modeling and fashion industry, their style choices are completely opposite.

“She calls it grungy,” said Leni, talking about how Heidi perceives her personal fashion. “I call it oversized…don’t ever catch me in super tight jeans because I don’t like wearing things that are uncomfortable.”