Over the past few months, Bollywood actress Kangana Ranaut has managed to remain in the headlines for various reasons, especially for her upcoming film Emergency. Recently, several media reports stated that Kangana has written a letter to the Lok Sabha Secretariat, requesting to allow her crew to shoot some portions of her film Emergency inside the Parliament. As speculation is making rounds on the internet that the civic body has given her permission, the actress took to her verified social media handle to refute the reports. 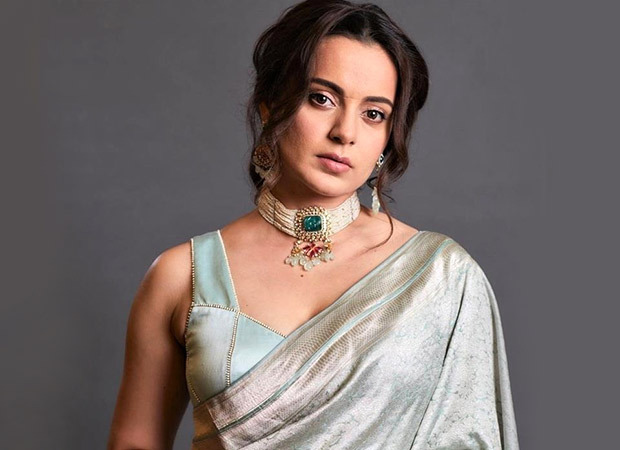 Kangana Ranaut reacts to reports about Emergency allowed to be shot in Parliament:  “It’s fake news”

On Tuesday, the Queen actress shared an Instagram post on her story. It read, “First time ever a movie is allowed to shoot in parliament, a small segment of Emergency movie will shoot soon in parliament.” Reacting to the same, Ranaut wrote, “That’s not true it’s a fake news.” 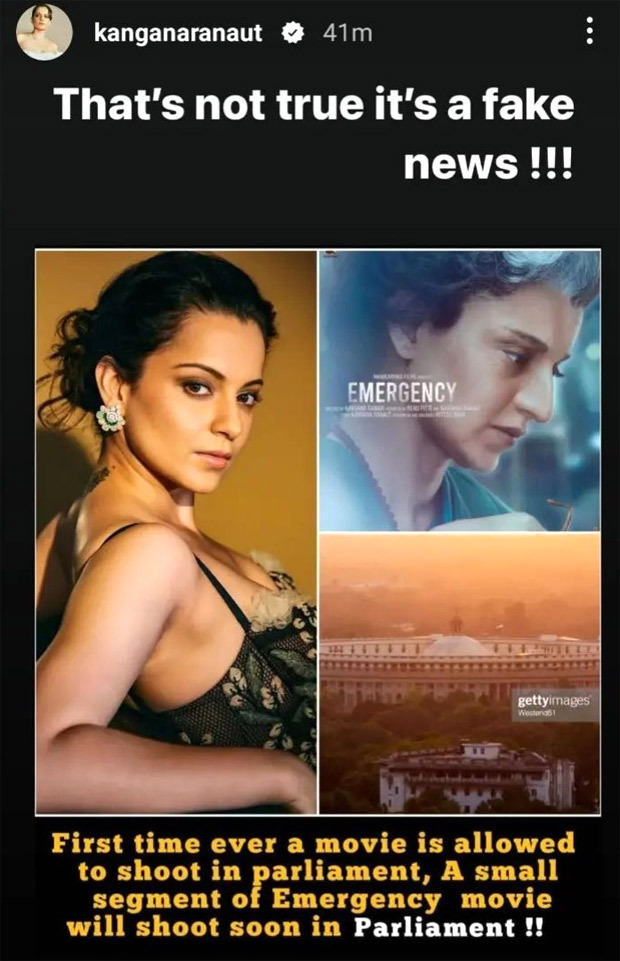 Coming back to the forthcoming film, Emergency will be headlined by Kangana Ranaut, as mentioned earlier. In addition, she will also direct and produce the film. Kangana will be seen playing the role of the late Indian Prime Minister Indira Gandhi in the upcoming political drama. The ensemble star cast of the film will also feature Anupam Kher, Milind Soman, Mahima Chaudhry, Satish Kaushik and Shreyas Talpade in pivotal roles. Currently, Ranaut is shooting for the last leg of the film in Mumbai.