Adivi Sesh, the actor behind one of the most critically acclaimed and commercial films of 2022 namely Major and Hit 2, has shared a sneak peak of his most awaited project till date, G2. The first installation of Goodachari was a huge success and had captivated the audiences. As for its second instalment, it is going to be directed by Vinay Kumar Sirigineedi. 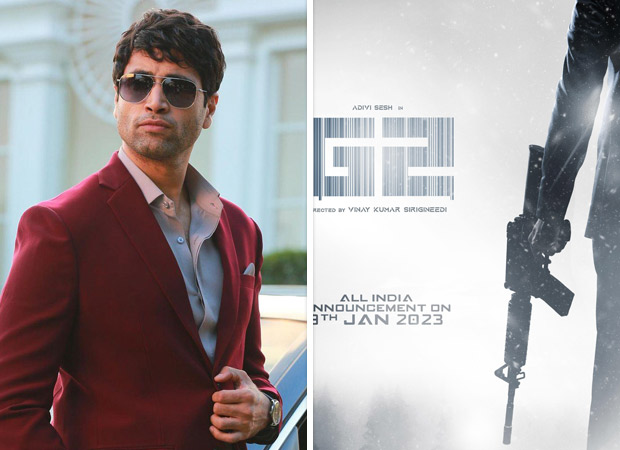 Adivi Sesh gives a sneak peak of his next G2

Now, as the actor has dropped the first glimpse of G2 and we cannot keep calm! The poster is quite intense and was posted on social media by the actor. The poster shows the lead actor Adivi Sesh holding a gun that really looks stellar and has described the film as ‘An Epic Action Film’ in the caption posted by the actor. He has piqued the interest of nHeetizens with a small message about an announcement that has been scheduled on January 9, 2023. Part 1 of the same franchise was an intriguing spy thriller that took the audience by surprise.

Adivi Sesh had an outstanding 2022 wherein he featured in the biographical action thriller Major that was based on the life of army officer Sandeep Unnikrishnan. Followed by that, he was last seen in the serial killing murder mystery Hit: The Second Case, that also released in multiple languages. He played the role of a police officer and a third instalment featuring all the Hit actors is currently in the making.

Coming to G2, the film is expected to be a sequel to Goodachari. The latter was directed by Sashi Kiran Tikka and featured Sobhita Dhulipala, Jagapathi Babu, Prakash Raj, Vennela Kishore, among others in main roles. The film released way back in August 2018.