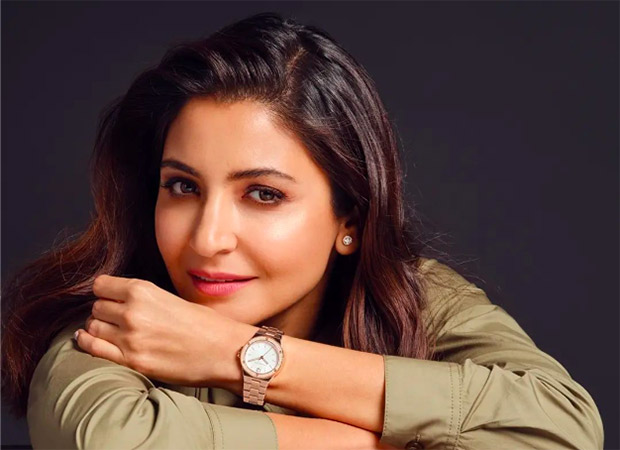 Anushka shared her thoughts on the partnership, saying “I have long admired the standout nature and unique designs of Michael Kors watches, and I am happy to be working with them as an ambassador. I believe the Michael Kors brand mirrors many of my principles, and their innovative creations are an authentic expression of individuality. The Michael Kors brand has a historic lineage, and I am honored to represent its global heritage in India.”

The actress also announced the partnership on social media. “All my love for the @MichaelKors family ???? Here’s to the new beginnings!” she wrote as the caption to her Instagram post.

Mr. Johnson Verghese, Managing Director for Fossil India commented on the association, “We are delighted to be partnering with Anushka Sharma to be the face of Michael Kors timepieces in India. Anushka has been a trailblazer throughout her career as much for her on-screen performances as her style aesthetic, she exemplifies the values of individuality and excellence that we pride ourselves in. We are thrilled to welcome her to the Michael Kors family.”

The global brand Michael Kors is quite familiar to Indian audiences. Michael Kors’ creations are the consummate partner for the sophisticated woman, going beyond just style to create truly timeless timepieces. Michael Kors timepieces have almost attained the status of heirlooms due to their distinctive design and exquisite craftsmanship, which makes them instantly memorable.

Today, with offerings from classic analog styles to cutting-edge smartwatches, the Michael Kors collection is the final word in timepiece fashion. Anushka’s collaboration with Michael Kors will extend to promoting the watch vertical for women, with the star already slated to appear in the upcoming Michael Kors campaigns launching in November.