Music sensation Rihanna finally marked her return to music after six years, releasing her first single ‘Lift Me Up’ for Ryan Coogler’s Black Panther: Wakanda Forever. While the film is just a week away from its release, the director has now revealed the reason that convinced Rihanna for the collaboration. 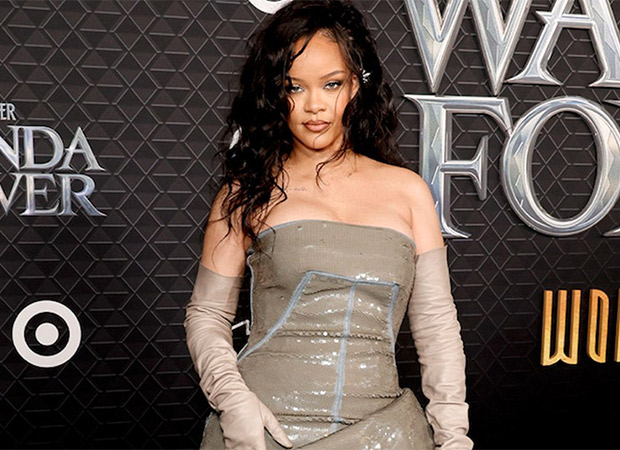 According to Insider report, during the film’s press conference Friday, Coogler was asked how Marvel convinced the Grammy-winning artist to make her first new songs in years. “It’s a great question,” Coogler said. “I can’t take the sole credit for that. I think the world would understand if she hung up her mic.”

“I completely understand ’cause I love her music so much. I feel like she’s given all that somebody, all that you could ask for,” he added at the conference which was also attended by the cast including Danai Gurira, Lupita Nyong’o, Letitia Wright, and Tenoch Huerta Mejia.

As the report suggests, Coogler credited the film’s composer Ludwig Göransson, Roc Nation, and his friend, Jay Z, as “major factors” for connecting them with Rihanna. “The truth is we were looking for a great artist who could tell the story of the film and embrace the themes of the film and present them to the audience in a different packaging.”

“That’s what Kendrick did for us so beautifully with the first film,” Coogler said. “This film is different. It made sense that it would be a woman. It made sense that it could be someone who could speak to, not necessarily the words, but the feeling of motherhood, cause that’s a major, major theme in this film. And I think it timed up that she was in that kind of space in her life.”

Towards the end, Coogler shared that it was the film’s trailer that over won the singer and convinced her to collaborate. “It was really the trailer,” he said. “I think that when she saw the performances that everybody was putting down in the trailer, that was what kind of put her over the edge and say, ‘Hey, I wanna see this film. I wanna see if I can figure this out.'”

“Once she played us the record, she said, straight up, ‘I did this for Chad,'” the director recalled. Meanwhile, Rihanna’s own Westbury Road label released Wakanda Forever’s lead ballad ‘Lift Me Up’ in partnership with Roc Nation, Def Jam Recordings and Hollywood Records. The song, which is out now, is co-written by the singer, Coogler, Göransson, and Nigerian artist Tems, and serves as a tribute to Boseman.

The second track, “Born Again,” produced by The-Dream, plays during the film’s credits. “Chad brought us all together,” Coogler said. “He keeps on giving. I’m just really thankful that Rihanna was the latest gift to join the family and I can’t wait for folks to, you know, the song is out, but I can’t wait for folks to see how it’s used in the film.”

Black Panther: Wakanda Forever drops the full soundtrack on November 11 along with the film’s official release.

Also Read: Black Panther: Wakanda Forever director Ryan Coogler on why the sequel focuses on female characters after Chadwick Boseman’s T’Challa’s death: ‘Their identities were kind of wrapped up in this man’