In less than two weeks on January 13, Sankranthi festivities will begin for the fans of megastar Chiranjeevi and mass maharaja Ravi Teja with the most-awaited mass action entertainer Waltair Veerayya hitting the screens. Meanwhile, the film’s censor formalities have also been finished. The film directed by Bobby Kolli aka KS Ravindra has got a U/A certificate from the Central Board of Film Certification (CBFC) and the makers couldn’t be happier about it. 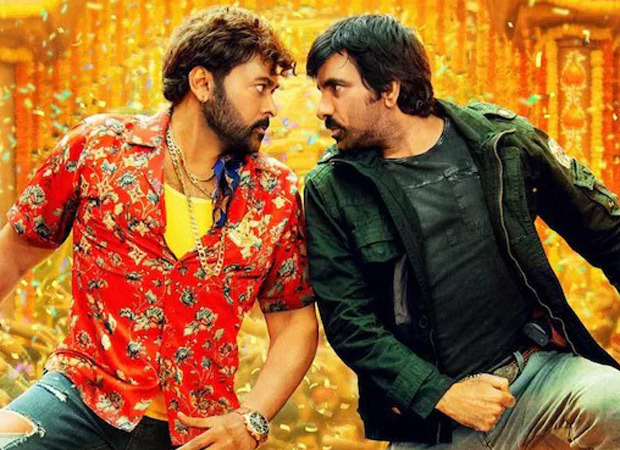 Waltair Veerayya which is only a couple of weeks away from its release has already received its certification from the CBFC. Talking about the film, a source close to it said, “Waltair Veerayya is the kind of movie fans and masses have a lot of expectations from, considering the combination of Chiranjeevi, Ravi Teja, and Bobby. It promises to be high on entertainment and Chiranjeevi will be seen in a vintage hilarious role. Ravi Teja’s role picks up in the second half which will be one of the biggest highlights in the movie. Of course, the movie will have action, mass, romance, and dances. Rockstar Devi Sri Prasad has composed an album which is a mix of melodious and mass numbers. ‘Poonakaalu Loading’ which released recently has got a massive response from all sections. The fifth and last song from the movie will be launched soon.”

The ambitious project of Bobby Kolli is made on a high budget and is produced on a grand scale by Naveen Yerneni and Y Ravi Shankar of Mythri Movie Makers, while GK Mohan is the co-producer. Shruti Haasan will be seen as the leading lady opposite Chiranjeevi. The film is also expected to feature Catherine Tresa in a pivotal role.

Arthur A Wilson cranks the camera, whereas Niranjan Devaramane is the editor and AS Prakash is the production designer. Sushmita Konidela is the costume designer. While the story and dialogue were written by Bobby himself, Kona Venkat and K Chakravarthy Reddy penned the screenplay. The writing department also includes Hari Mohana Krishna and Vineeth Potluri.