The show must go on, but the queen of royal fashion is always remembered.

Designers included plenty of nods to the late Queen Elizabeth II at London Fashion Week this year, which was held during the UK’s nationwide period of mourning following her death on September 8.

Despite the fashion week festivities being cancelled, the spring/summer 2023 shows went ahead as planned – with some special tweaks to honor the beloved monarch.

Of course, Queen Elizabeth was known for her unique style, and she even had her own fashion accolade called the Queen Elizabeth II Award for British Design – an award that will live on in her memory.

From crowns to black ribbons, we’re taking a look at the highlights from the London Fashion Week shows that included tributes to Queen Elizabeth II. 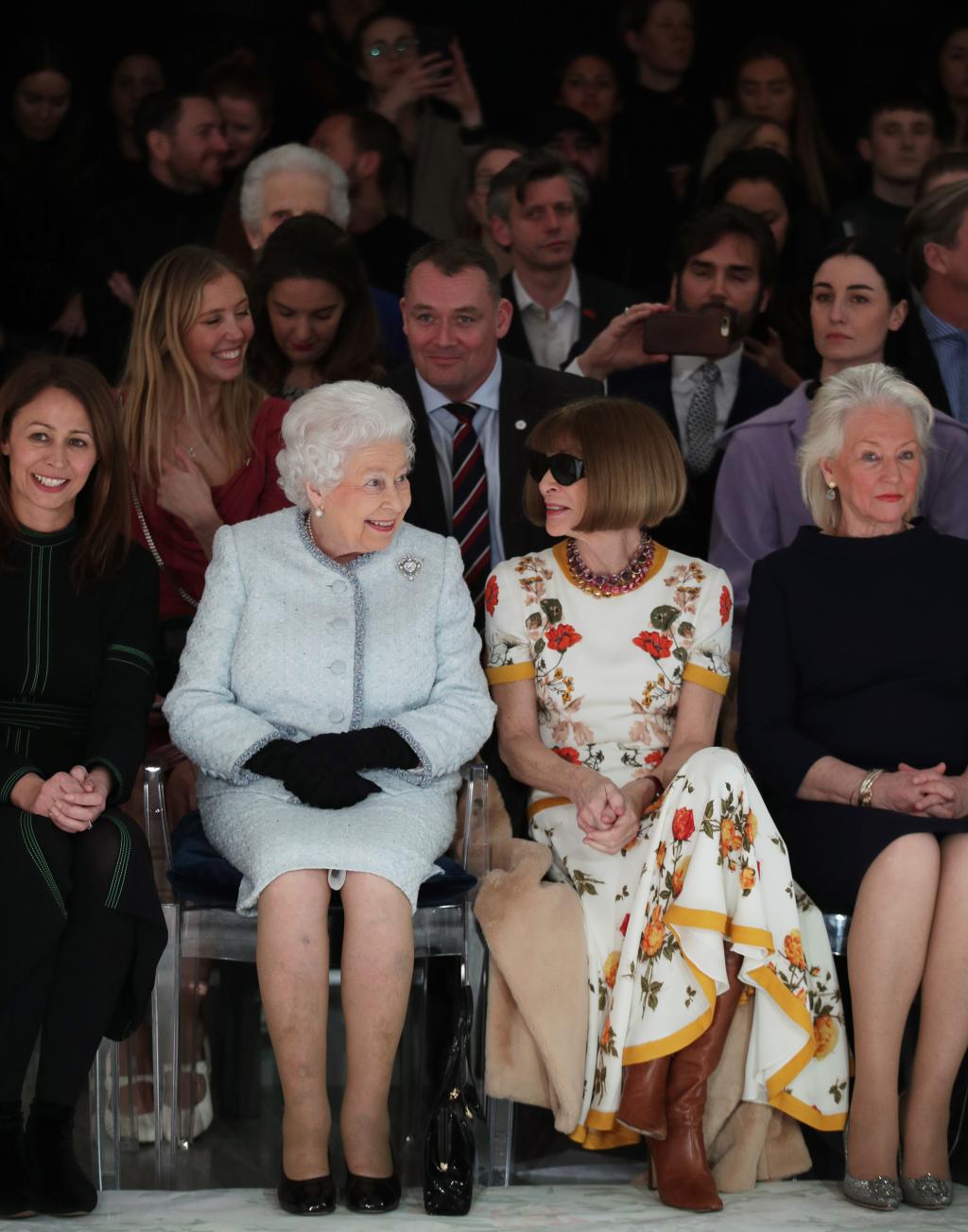 The Queen sat down with Anna Wintour and her trusted dresser, Angela Kelly, at the designer’s 2018 runway show before presenting him with the inaugural Queen Elizabeth II Award for British Design.

Embellished black dresses, crowns and traditional mourning veils appeared on the Richard Quinn runway to honor the Queen – and in a touching tribute, footage of her was shown on a screen during the show’s opening section.

Quinn, who was the first recipient of the Queen Elizabeth II Award for British Design, was responsible for the iconic moment when the late monarch sat front row at his Fall 2018 show alongside Anna Wintour.

A statement from the designer read: “Richard Quinn dedicates his spring/summer 2023 collection to Her Majesty the Queen, who touched him among so many others with her grace and kindness.”

Mourning veils made another appearance on the Erdem Spring/Summer 2023 runway, with the Art Restoration-inspired collection making its debut in the stunning setting of the British Museum.

Erdem Moralıoğlu told British Vogue that he was “very saddened to hear of the death of Her Majesty the Queen”, adding, “it has given me and all of us who are showing up in London a real sense of solidarity. Appearing along with all the other incredible designers, we collectively celebrate him.”

One of the most literal tributes to the Queen came during JW Anderson’s spring/summer show, when a model walked the runway in a black t-shirt dress with white lettering that read: “Her Majesty The Queen, 1926-2022, Thank You. “

In a statement, the designer said London’s fashion community “must stick together and continue to create the incredible stories this city is known for” following the monarch’s death.

The designer – who was announced today as Nina Ricci’s new creative director – stressed the importance of Fashion Week continuing as normal despite the somber mood in the English capital.

Writing in an Instagram post, he said: “Through these trying times: For our community’s past, present and future, we stand as one.”

The designer’s dramatic debut show, which featured music by Adam Lambert, closed with Lily McMenamy as a ballerina bride carrying a bouquet of the Queen’s favorite flower, Lily of the Valley.

Her Majesty’s signature silk scarf and bright, bold colors featured in the opening look of Halpern’s spring/summer 2023 collection, which featured a green silk dress under a bold blue cape that resembled a of the ceremonial clothes worn by the monarch.

“It was our way of respectfully paying homage,” Michael Halpern told British Vogue.

SS Daley’s spring/summer show opened with the sombre sound of bells and models dressed in black and white – including actors from the National Youth Theater – holding candles.

While Steven Stokey Daley told British Vogue that he was confronted with his “personal view of the monarchy, in terms of class,” the designer also “felt very emotional” when he told his grandmother that Queen Elizabeth II had died.

Daniel W. Fletcher’s show began with a minute’s silence followed by a model dressed in a black suit and wearing a mourning ribbon in honor of Her Majesty.

Fletcher, who told Vogue there was “a really strong relationship between British fashion and the royal family”, said he was happy London Fashion Week was going ahead despite the sad circumstances but wanted to set the right tone at the show his.

“I think it’s important to be sensitive because the Queen meant so much to so many people in this country, and having lost a number of people in my life this year, I have a lot of empathy for people dealing with grief. ”