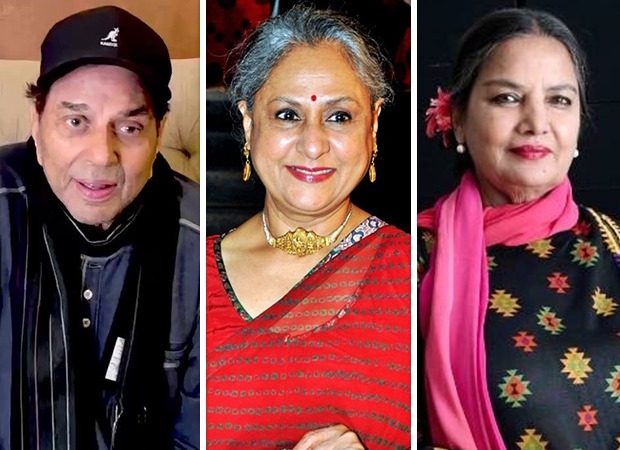 Says a source close to Karan Johar, “Although Ranveer and Alia play the title roles, it is the senior superstars who are the backbone of Karan’s film. All the marketing and promotion of the film will spotlight the three stalwarts. The opening titles will have their names first.”

Karan Johar has worked with Jaya Bachchan before. This is the first time that Karan Johar is working with Dharmendra and Shabana Azmi. Karan had offered Shabana the role of Shah Rukh Khan’s mother in his best work to date My Name Is Khan which she had turned down.

“Mazey ki baat yeh hai , Jaya is a huge fan of Dharmendra. When she did her first film Guddi in 1970, she had to do no strenuous acting to play his fan. Shabana is also a self-proclaimed fan of Jaya, and Ranveer as well as Alia are fans of all three. It seems like a huge fan club there on the sets of the film.”

Shabana Azmi says she has no idea about the billing. “But I do know that Karan Johar is extremely respectful towards all of us on the sets. As far as billing goes, every actor should be respected. The great Ashok Kumar’s name used to come first in the credits right till the end of his career.”