Veteran actor Dharmendra took to social media to respond about his rejection of the lead character in the film Zanjeer. The action drama featured Amitabh Bachchan and Jaya Bachchan in lead roles with Pran playing a pivotal role. With the film, the image of the legendary actor underwent a complete change and was thereafter, known as the ‘Angry Young Man’ of Bollywood. Recalling the time, Dharmendra commented on Javed Akhtar claiming that many heroes refused to do the project which was considered unconventional in Bollywood then, and, that Amitabh Bachchan was the last choice for it. 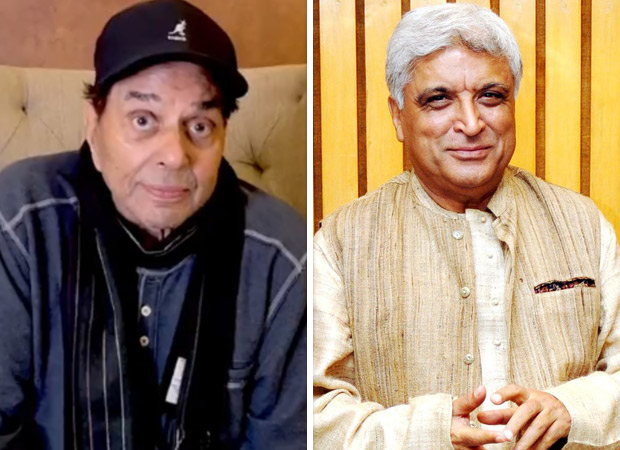 Reacting to it , Dharmendra shared a cryptic reply in Hindi saying, “Javed, kaise ho …….dikhave ki iss duniya mein haqeeqaten dabi rah jaati hain . jeetey raho…..Dilon ko gudgudana  khoob aata hai …..kaash sar chad ke bolne  ka jaadu bhi sekh liya hota …..(How are you Javed… In a fake world, often the reality is hidden underneath. Live Long…. I know how to win hearts but I wish I could understand how to speak my mind too.) He also went on to clarify that the reason for him rejecting Zanjeer is an emotional one. He added, “Refusing Zanjeer, was an emotional hurdle which I have mentioned in Aap ki Adaalat. So please don’t misunderstand me. i always love Javed and Amit.”

Javed Akhtar was quoted about how many actors refused to play the lead in Zanjeer in an India Today report where he said, “Amitabh Bachchan was actually the last choice for Zanjeer. The script was written for Dharmendra ji but for some reason he later refused to work on it. Prakash Mehra now had a script but not a leading man. He was also producing a film for the first time since he had only directed before that. He went from actor to actor to offer the role. Some of them are not in this world while some of them are. Everybody refused to do this film.”

He further went on to assert that their decision was understandable. “I can also understand why they refused. It was a time when Rajesh Khanna was considered as God, music were a must in films, and Zanjeer offered no romance angle or even comedy. The hero was not even singing here. From the first frame to the last frame, he was supposed to be a very grim, serious, bitter person. This was never seen that time on the screen so obviously it was so different so everybody refused,” he concluded.

Speaking of Zanjeer, the film featured Amitabh Bachchan in the role of a sincere police officer who is at loggerheads with a mafia leader and is on a mission to hunt down the murderer of his parents. The film released in 1973 and played a pivotal role in making Bachchan a superstar.