Subhash Ghai’s Hero remains one of the most memorable films of the 1980s. The movie saw Jackie Shroff and Meenakshi Sheshadri in lead roles for the first time. The fans of the bygone era went on a nostalgic trip last evening when Jackie and Meenakshi clicked a picture of their own Hero reunion. 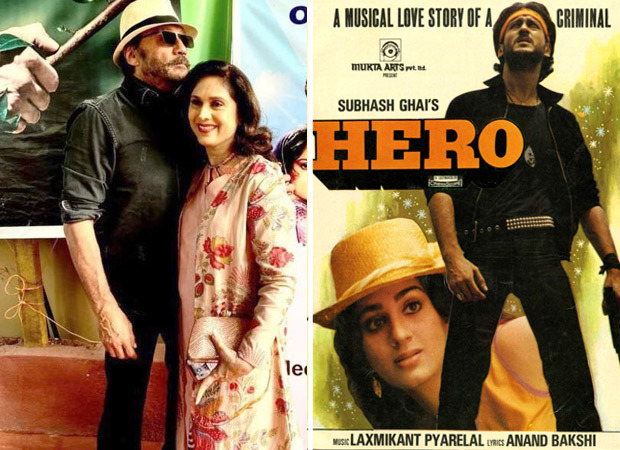 The two stars met at an event in Pune and posed together besides the poster of Hero. Jackie shared that moment on his official Instagram page and wrote, “Great start of a Sunday with my first leading lady, the ever graceful @meenakshiseshadriofficial ji for a Rotary function at Chandkhed.”

As expected, the picture went viral with a lot of people from the industry and outside gushing over it because of the nostalgia it evoked.

Hero was about a criminal (Jackie) who gets hired to kidnap a rich girl (Meenakshi). The two end up falling in love and the criminal goes through a transformation. The film didn’t get good results at the box office in the first week. But it picked up later and went onto become a major hit.

Following the success of Hero, Jackie and Meenakshi went onto act in a number of films together, which include Mera Jawab, Paisa Yeh Paisa, Allah Rakha, Dahleez, Kalinga and Akayla.