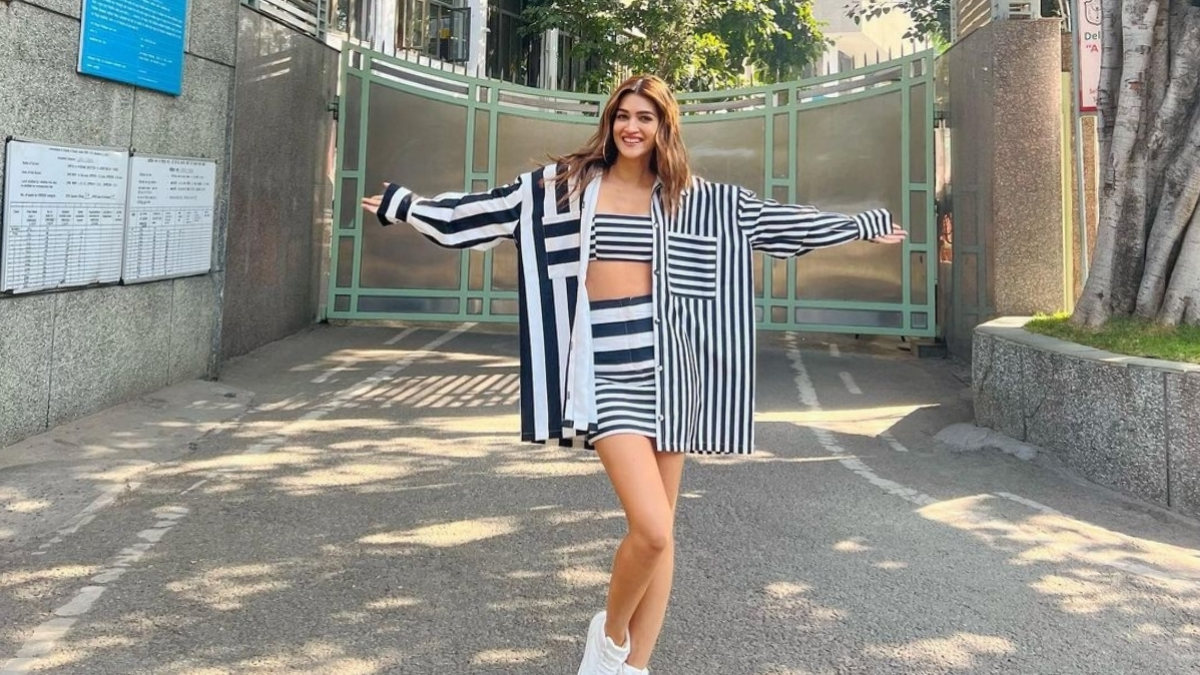 Kriti Sanon is currently running through a hectic phase as she is going to different cities for the promotion of her upcoming ‘Bhediya’. During her tour in Delhi, the actress took out time to revisit her school and cherish good old memories.

The actress who hails from Delhi took to her social media and penned a heartfelt note about going back to her school days.
In the caption, she wrote –

The actress was grown from strength to strength in her career credited her school and teachers for shaping the person she has grown into today. The comment section of her social media post was also instantly filled with love and praise from the audience.

Currently enjoying the best phase of her career, Kriti recently unveiled the teaser of her upcoming next Shehzada alongside Kartik Aaryan. She is also awaiting the grand release of ‘Bhediya’ co-starring Varun Dhawan. Apart from this, Kriti boasts a strong lineup of films which include, Adipurush, Ganapath, and The Crew.