Yash Raj Films’ Pathaan is one of the most excitedly awaited films from Bollywood as it marks the comeback of superstar Shah Rukh Khan. On top of that, the action-packed teaser of the movie, which was recently out, upped the anticipation even further. And now, the film’s director Siddharth Anand has revealed a Tom Cruise connection to the film. In order to make Pathaan an even bigger spectacle, the makers have roped in the known Hollywood stunt co-ordinator Casey O’Neil on board. He has worked with some of Tom Cruise’s biggest actioners like Mission Impossible series, Jack Reacher and Top Gun: Maverick, along with a few Marvel Studios and Steven Spielberg films. 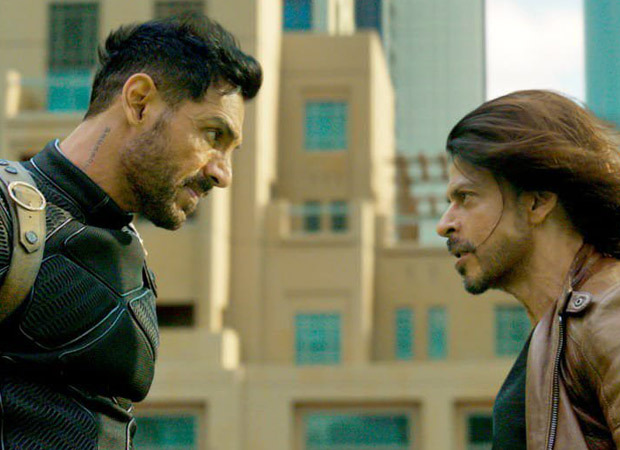 Speaking about the association, Siddharth said in a statement, “When one sets out to make the spectacle action film of India with one of the all-time biggest heroes of our country, Shah Rukh Khan, you need to have a champion team that is unified in the vision. Thankfully we got an A-team that came together to push the visual envelope with Pathaan and I was delighted to have someone like Casey O’Neill, who has extensively worked with Tom Cruise, to be by our side.”

Adding onto Casey’s work, the filmmaker added, “He brings in a wealth of experience and he immediately bought into the idea of creating edge-of-the-seat action for Pathaan that could match what he’s done back home in Hollywood. What Casey has created in Pathaan is simply mind-boggling. You will have to see the film for that because we aren’t going to disclose any details from the film till it releases in theatres on 25 Jan.”

Also read: Shah Rukh Khan believes Pathaan, Dunki and Jawan will be “superhits”; says, “I have prepared my best”