Not too long ago we had reported that the Sheezan Khan has been refused bail in the Tunisha Sharma death case. While Khan’s family continues to showcase solidarity and support to the actor, the family of the late actress continues to accuse Khan’s involvement in their daughter’s death, which has been alleged to be a suicide. Amidst the legal controversy, the Khan family has been hit with another major crisis with Sheezan’s sister and popular actress Falaq Naaz being admitted to the hospital. 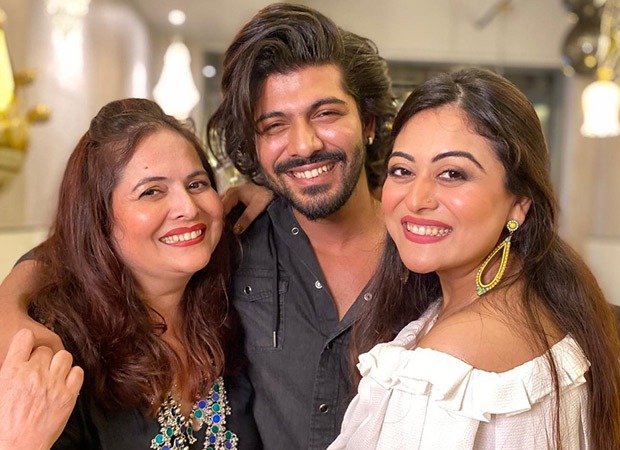 Their mother Kehkeshan Faizi confirmed the details on her social media handle wherein she posted a photo of Falaq Naaz from the hospital and along with she also posted a long note about the legal hassles her family has been undergoing due to the Tunisha Sharma case. In the note she wrote, “Mujhe bus ye samjh nahi aa raha hai ki hamari family ko saza kis bat ki mil rahi hai aur kyo?? Sheezan mera beta pichle 1 month se bina kisi singal soboot ke qaidiyo ki tarah jail me saza kaat raha hai (I can’t understand why my family is being punished and for what crime? My son Sheezan has spent the past one month in jail like a prison, despite there being no evidence against him).”

She continued, “Meri bacchi Falaq hospital me admit hai, Sheezan ka chhotha bhai jo autistic baccha hai wo beemar hai .. kya ek Maa ko kisi dusre ke bacche ko Maa jaisa payar karna gunaah hai?? Ya illegal hai?? kya Falaq ko Tunisha ko chhothi bahan ki tarah payar karna gunaah tha ya illegal tha?? Ya phir Sheezan aur Tunisha ko apne relationship ko space dena ya breakup karna gunaah tha ya wo bhi illegal tha?? (My daughter Falaq has been admitted to the hospital. Sheezan’s younger brother is an autistic kid who is also unwell. Can’t a mother love someone else’s kid the same way she loves her own… is that a crime or is it illegal? Was it a crime or illegal for Falaq to love Tunisha as her own younger sister? Or was it a crime or illegal for Sheezan and Tunisha to give space in their relationship or to break up with each other?)” 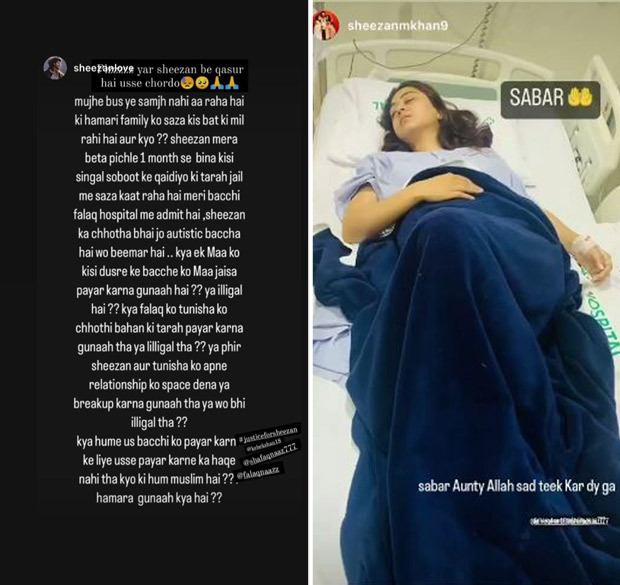 She concluded the note by adding, “Kya hume us bacchi ko payar karne ke liye usse payar karne ka haqe nahi tha kyo ki hum Muslim hai ??? Hamara gunaah kya hai (Don’t we have the right to love another child because we are Muslims? What is our crime?)”.

For the unversed, the Vasai court rejected the bail plea of Sheezan Khan in the Tunisha Sharma death case. The actress and Khan were co-actors and in a relationship with each other while shooting for their show Ali Baba Daastan-E- Kabul. However, the two of them broke up with each other a few weeks before Tunisha’s demise. The actress was found hanging in her vanity van on December 24 in the midst of their shoot schedule for the show. A day later, Khan was arrested in the case for allegedly being involved in the abetment to suicide.