States Found In The Western US According to the U.S. census, the Western US consists of 13 states encompassing the dry US southwest, the temperate rainforests of the northwest, Alaska to the north, and the Hawaiian Island to the west in the Pacific.

California, the largest western state, dominates the largest swath of the West Coast. To the north, Oregon and Washington make up the rest of the western coastline before Alaska to the northwest of Canada.

Beautiful Montana boasts incredible natural beauty as do Idaho and Wyoming just to the south. Utah and Denver are Gateways to the Rockies and the stunning deserts of New Mexico, Arizona, and Nevada boast stunning oases and parks for travelers to explore. And out in the Pacific, sit the stunning Hawaiian islands.

The Best Places In The Western US For Travel 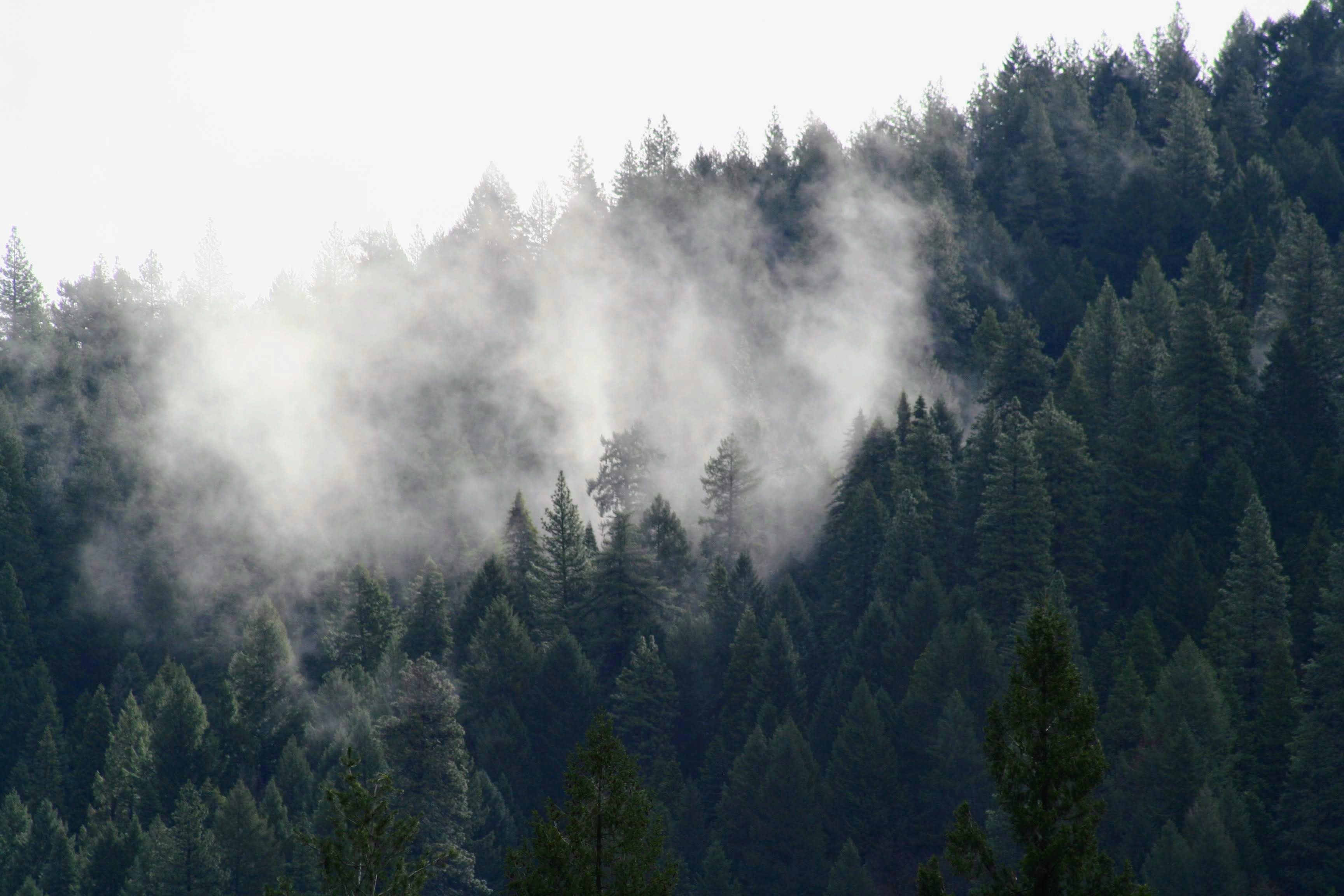 The western United States is filled with stories of adventure and discovery with stunning landscapes such as the deserts of New Mexico and Arizona, the high peaks of Colorado, and the California coast, all provoking wonder in travelers.

The long golden coast of California is always a popular destination for travelers from across the world. Southern San Diego and Los Angeles offer lovely weather and are home to a wonderful climate, beaches, and even Hollywood.

San Francisco, to the north, is home to the Golden Gate Bridge. California is also popular for skiing in the Sierra Nevada Mountains.

High Mountain Terrain of the West 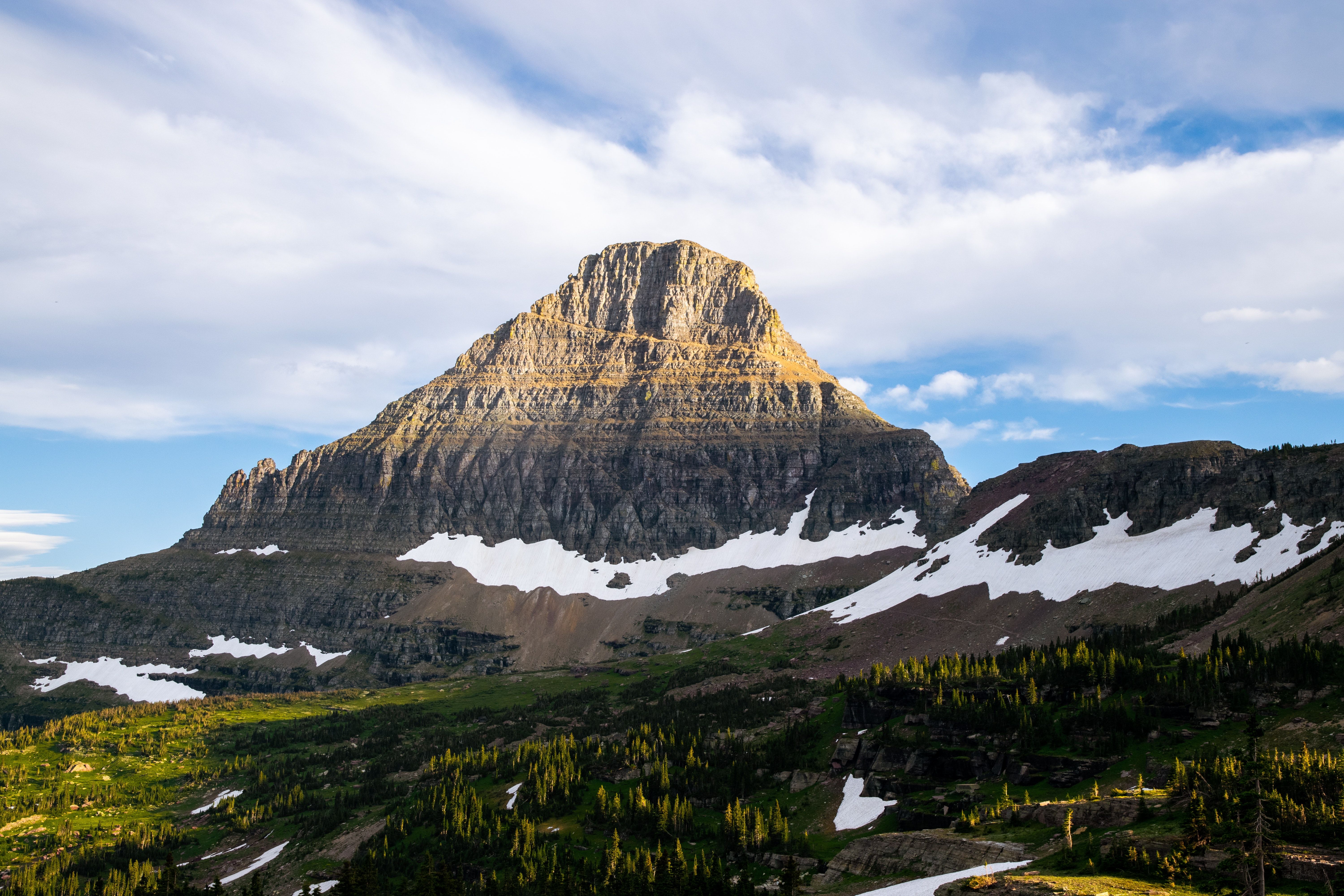 The Pacific Northwest is full of lush temperate rainforests, high mountain terrain, high plains, and a stunning coastline that is full of life.

Oregon is home to the beautiful Mount Hood and scenic Portland famous for its lush green parks and vistas of high mountains. Washington is the home to Mount Rainer, the natural beauty of the Olympic Peninsula, the towering Cascades, the city of Seattle, and the life-filled Puget Sound.

Outdoor Adventures in the West 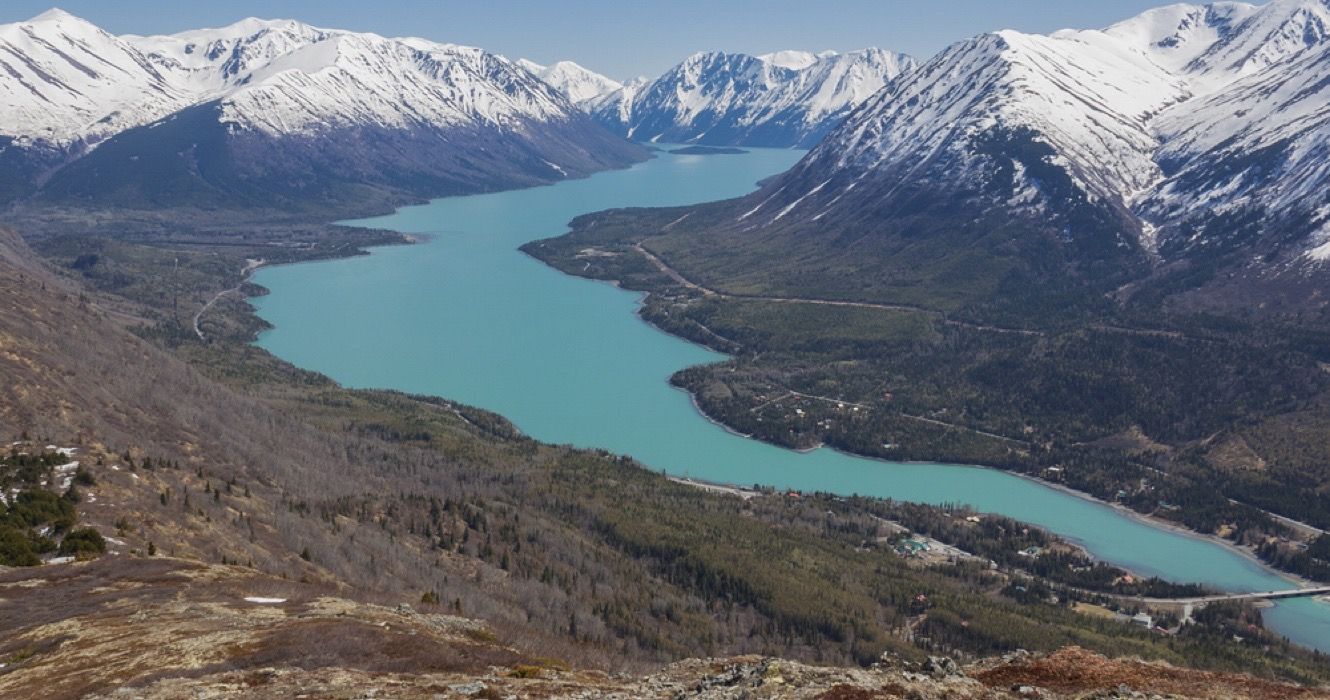 The stunning mountains and forests of Montana and the high mountains of Colorado and Idaho are popular with outdoorsy travelers. Outdoor adventurers also love exploring the scenic desert landscapes of Nevada, Arizona, and New Mexico.

Alaska is a frozen world to the north, but it does thaw out every summer and is a wondrous place to dive into nature. When it comes to Hawaii, most are already well aware of the stunning beauty and escape it offers to travelers. 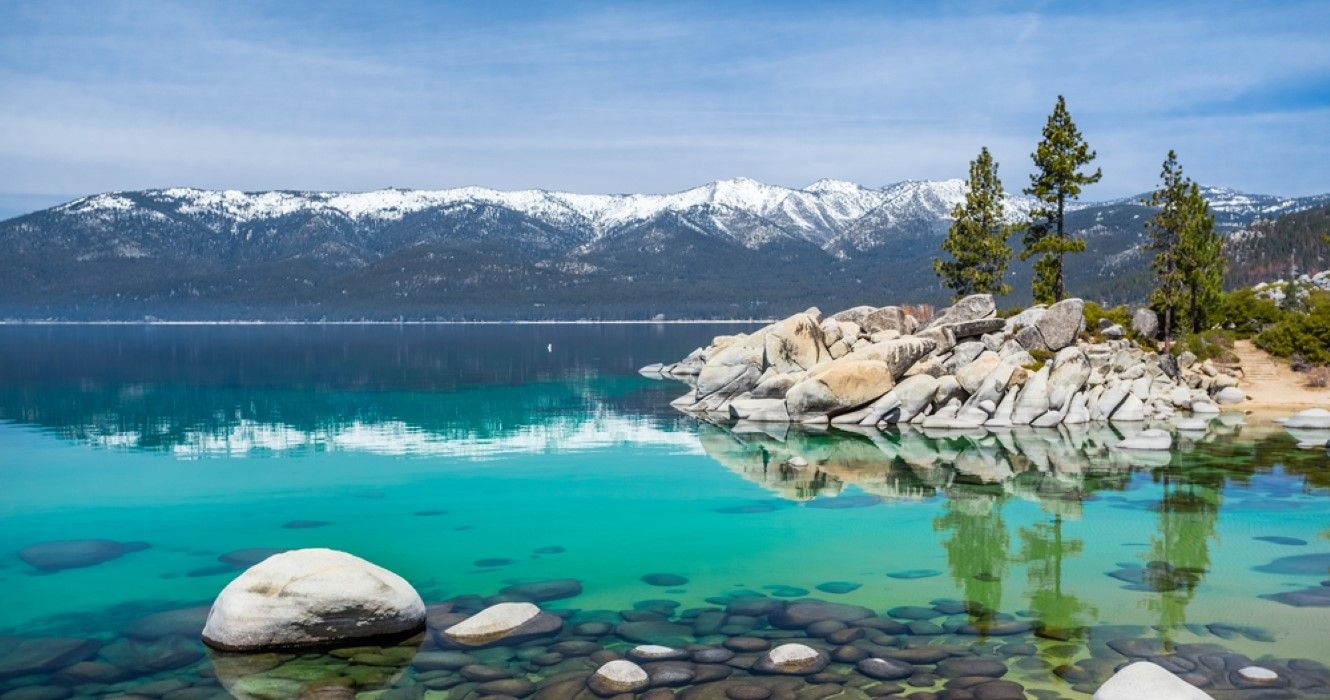 The climate of the West Coast might be the most varied of the US as it covered the largest percentage of the United States territory even if it contains the fewest states.

The Rocky, Sierra Nevada, Cascade, and Olympic mountains can all be found in the western US. The deserts and mountains of the southwest lead to varied climates like Nevada with its nearly endless deserts, but it also contains Lake Tahoe and the lush landscape that surrounds it.

Hawaii enjoys a subtropical climate and Alaska has its northern temperate and polar climates. 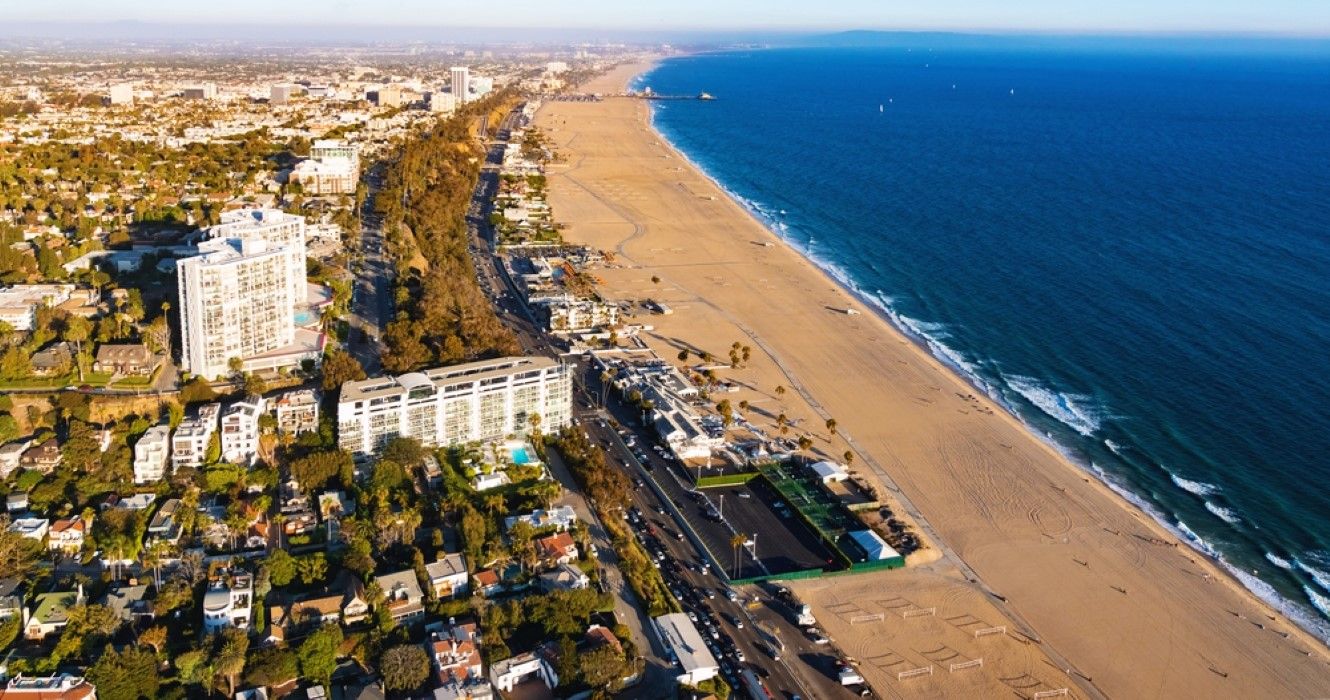 California enjoys a subtropical climate along its southern coast and a temperate climate with rather constant weather throughout the rest of the state. Here is the average weather recorded at LAX. 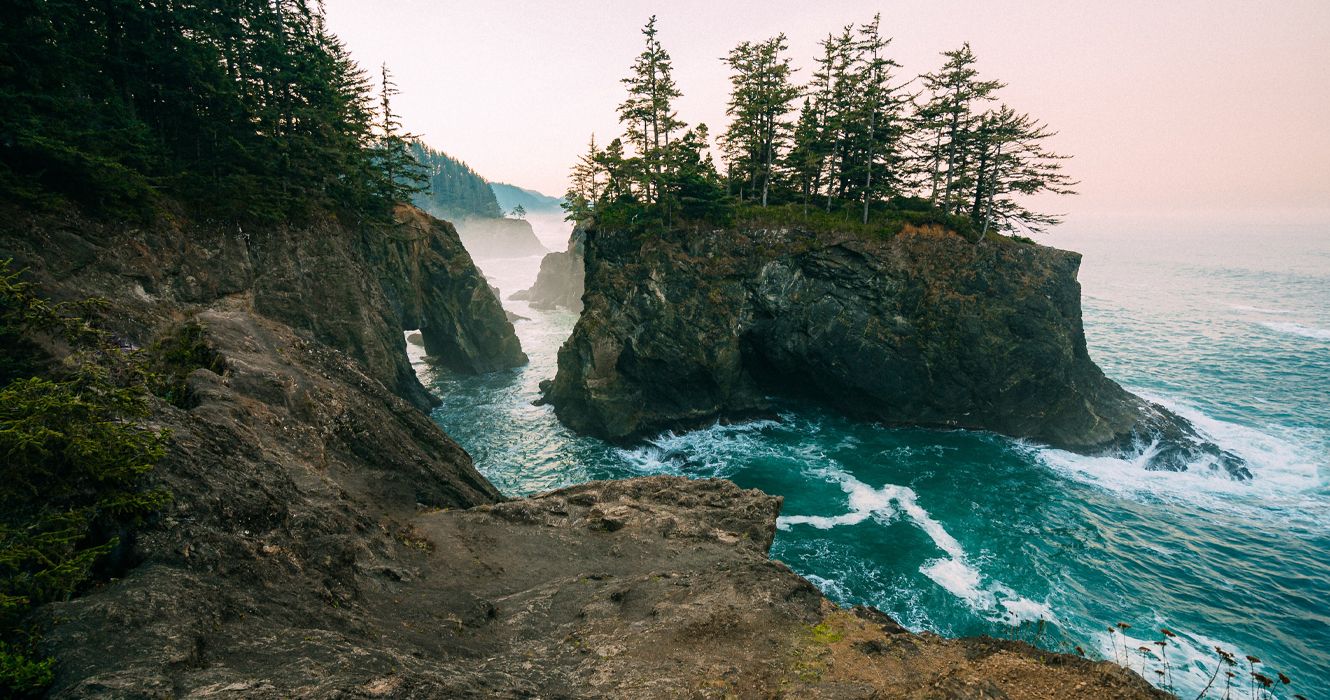 Containing Oregon and Washington State, the coastline of the Pacific North West enjoys frequent rainfall and the lush greenery of their temperate rain forests.

Washington and Oregon are also home to high planes that bridge the divide between the Cascades and the Rockies. Here is a look at the average temperatures recorded at Portland International Airport. 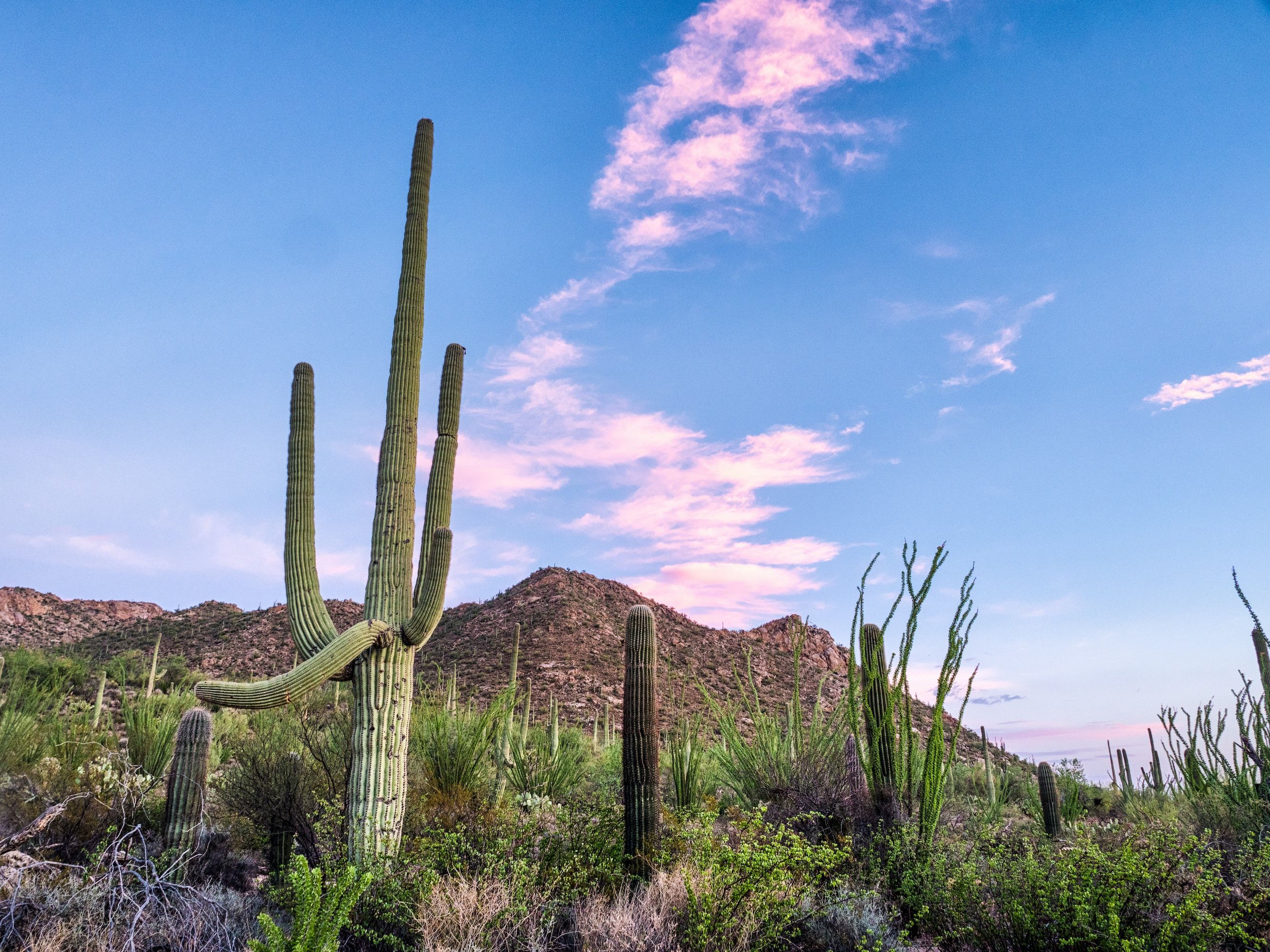 The southwest of the United States is most known for its vast deserts with incredible terrain and scenic oases. Yet, there is always much life to be discovered in these biomes.

Here is a look at the average temperatures recorded at Phoenix Sky Harbor International Airport. 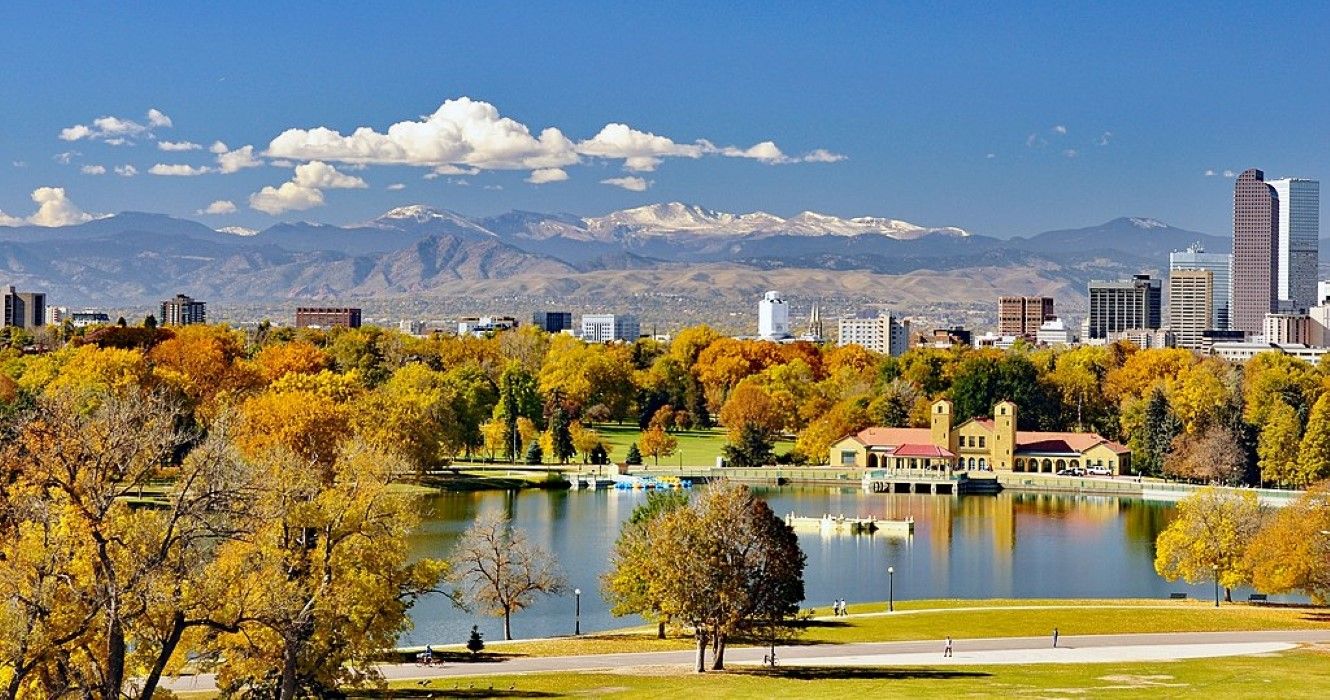 The Mountain States are home to some of the highest elevations in the US with cities like Denver with an elevation of 5,279 feet.

The climate of this region is famous for the snowfall that draws flocks of skiers to their mountains every year. Here is a look at the average temperatures for Denver International Airport. 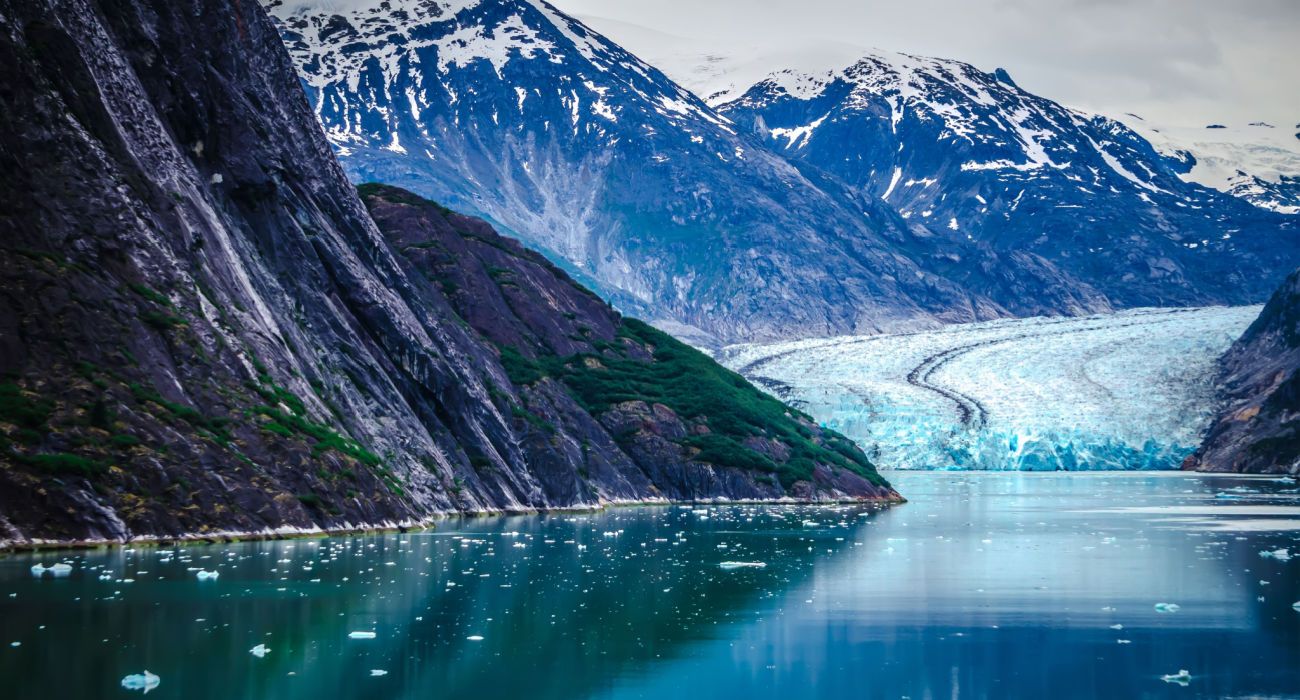 Home to long cold winters and short cool summers, Alaska’s climate can be quite harsh for most of the year, but there are a few months each year when Alaska is excellent for visiting.

Here is a look at the average temperatures for Ted Stevens Anchorage International Airport. 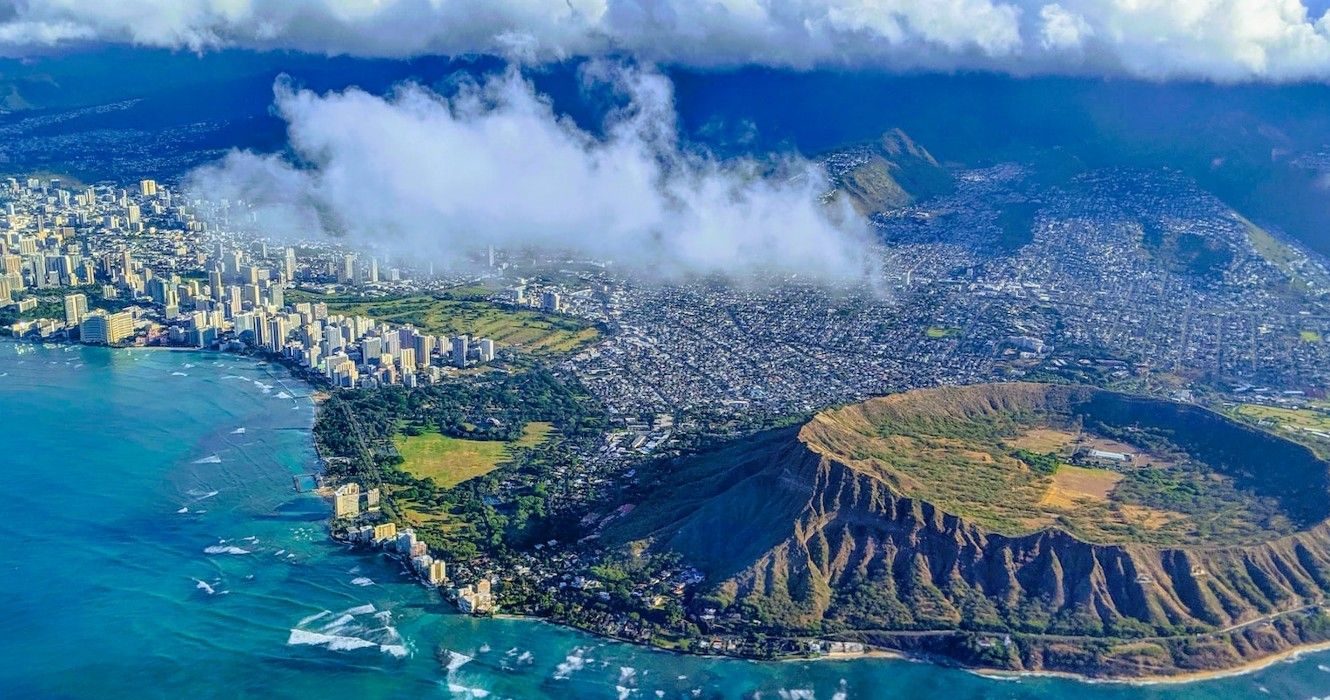 Thanks to a sub-tropic climate, being passed through by the Tropic of Cancer, Hawaii enjoys consistent weather all year. With the stunning beauty of the coastline of the islands, the aesthetic beauty of their volcanoes, and Oahu, the most popular Island for tourists with its famous Waikiki beach.

Here is a look at the average temperatures from Daniel K. Inouye International Airport.

The Mountains, Forests, and Deserts of the West Coast The western US is home to the nation’s tallest mountains, vastest deserts, and tallest trees. Rocky Mountains divide the west from the rest of the US while the Sierra Nevada, Cascade, and Olympic mountains are closer to the coast.

The redwood trees of California stretch to the sky and the temperate rainforests of the northwest teem with life. The Sonoran Desert in the southwest is full of wondrous locations to discover such as the Chihuahuan and Mojave deserts.

The Grand Canyon is also found in this region and is one of the most sought-after natural wonders found in the US.

Lakes and Waterways of the West Coast The western US is home to powerful rivers like the Colorado River that was able to carve the Grand Canyon. Large beautiful lakes such as Lake Tahoe and the Great Salt Lake.

Puget Sound in Washington State is the lifeblood of Seattle’s seafood industry and is an incredible destination to explore.

The Western US: Top Waterway Attractions

Popular Wildlife of the Western US 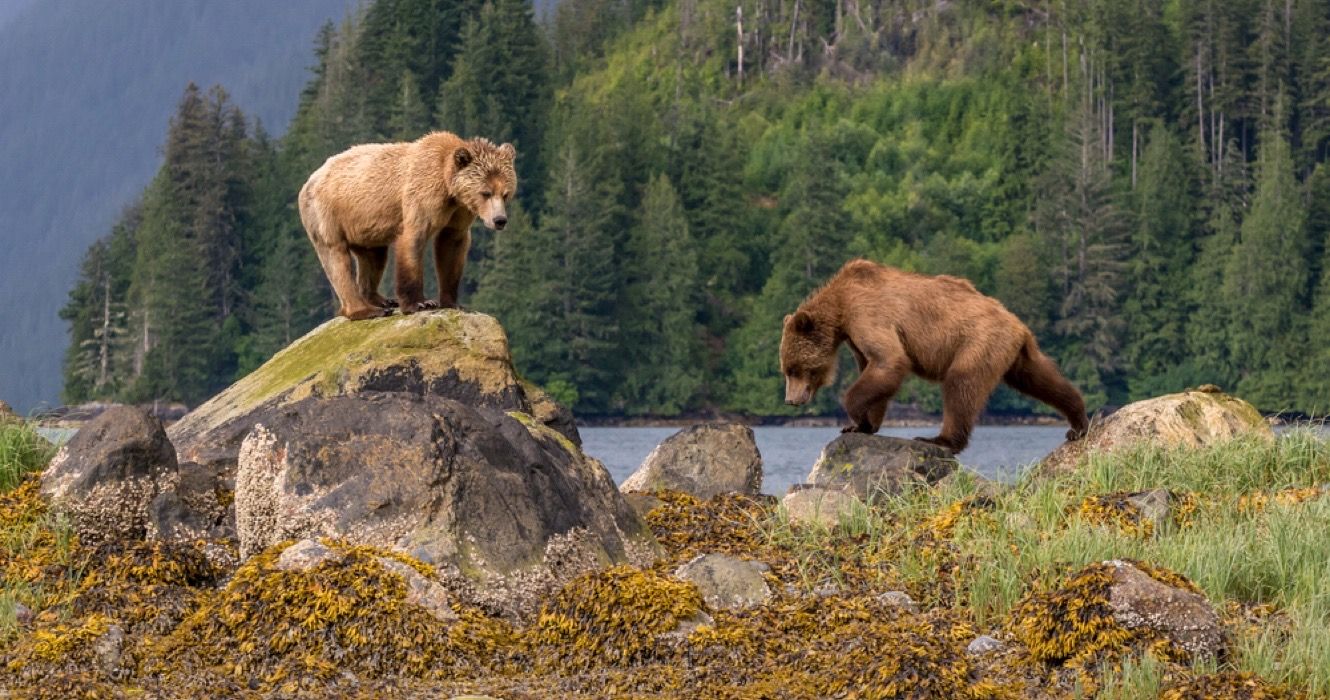 Bald Eagles are found both in Alaska and on the California coast. Destinations like Yellowstone National Park are home to some of the most incredible collections of wildlife in the US.

The waterways of Puget Sound are home to orcas, sunflower sea stars, Dungeness crab, and so much more. The vast green forests of Montana are home to a great variety of animals including the massive grizzly bear as well as moose, bighorn sheep, and elk.

The Sonoran Desert is home to Gila monster, Anna’s hummingbird, cactus wren, and many other lovely creatures that call the desert home.

The Western US Is The Most Known For 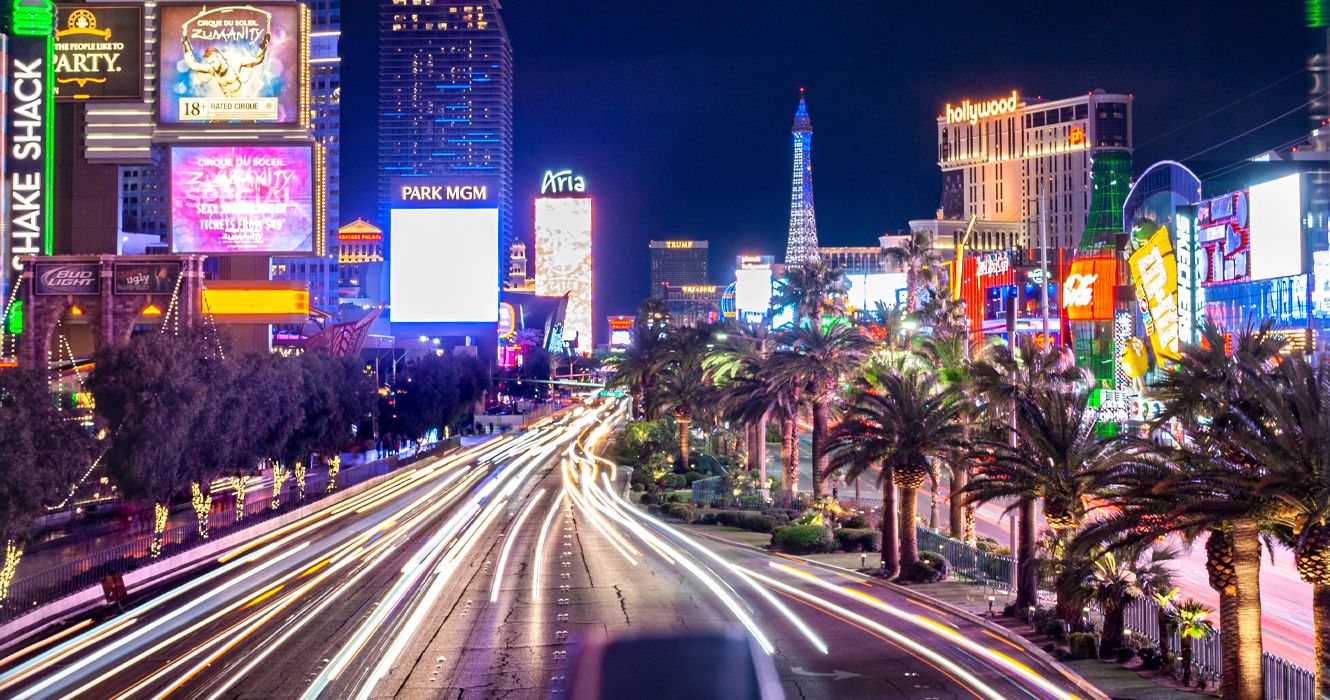 The Western US is known for many things. In many ways, it represents the wildest of the US, far from the old cities of the East Coast. The West is home to towering mountains, vast canyons, endless deserts, incredible forests, and an incredible array of beautiful wildlife.

California is home to popular cities like Los Angles and San Diego with long stretches of beaches that draw incredibly numerous crowds every year. Their popular nightlife is perhaps only matched by Las Vegas, Nevada. Some of the most popular cities for young travelers are found in the western US.

The coastline of California also includes national parks that protect the incredible habitats just off of the shore.

The shores of Lake Tahoe draw crowds when the weather gets warm, but then the slopes draw them during the cold months. The Mountains of Colorado have some of the best skiing in the world.

Cities like Seattle played an important role in American music history while today it is still home to incredible seafood markets and walkable downtown if travelers don’t mind a couple of hills.

Oregon, Denver, and Tucson are also major tourist draws. While cities like Sedona have become spiritual destinations for some travelers.

Five Largest Cities in the Western US

Famous Food From The West Coast

What makes the food of the West Coast unique from that of other parts of the US is its incredible availability of fresh seafood, influence from southern states and Mexico, as well as a strong Asian influence as many immigrants from Asia arrived first on the West Coast. The warm, predictable weather, of much of the West Coast, also lends itself to food trucks.

Southern food makes much more of an appearance in the cuisine of the western US than in the east. Even as far north as Seattle, biscuits-and-gravy as well as spots like Ezell’s Fried Chicken are quite common.

Mexican influence on the food of the western US is quite prevalent, especially in the southwest. Travelers will be able to enjoy many authentic Mexican dishes, as well as less authentic but still tasty Tex-Mex restaurants.

A delicious photo of Pho

Travelers looking for the best Asian food in the US will find it on the West Coast. Dishes like pho have long been adopted into West Coast cuisine while many East Coast Americans are only recently being introduced to it, and still struggling to say it right.

Asian restaurants are much more likely to be clearly defined by the nationality of their cuisine and less likely to be generically lumped together like Asian cuisine in other parts of the US. 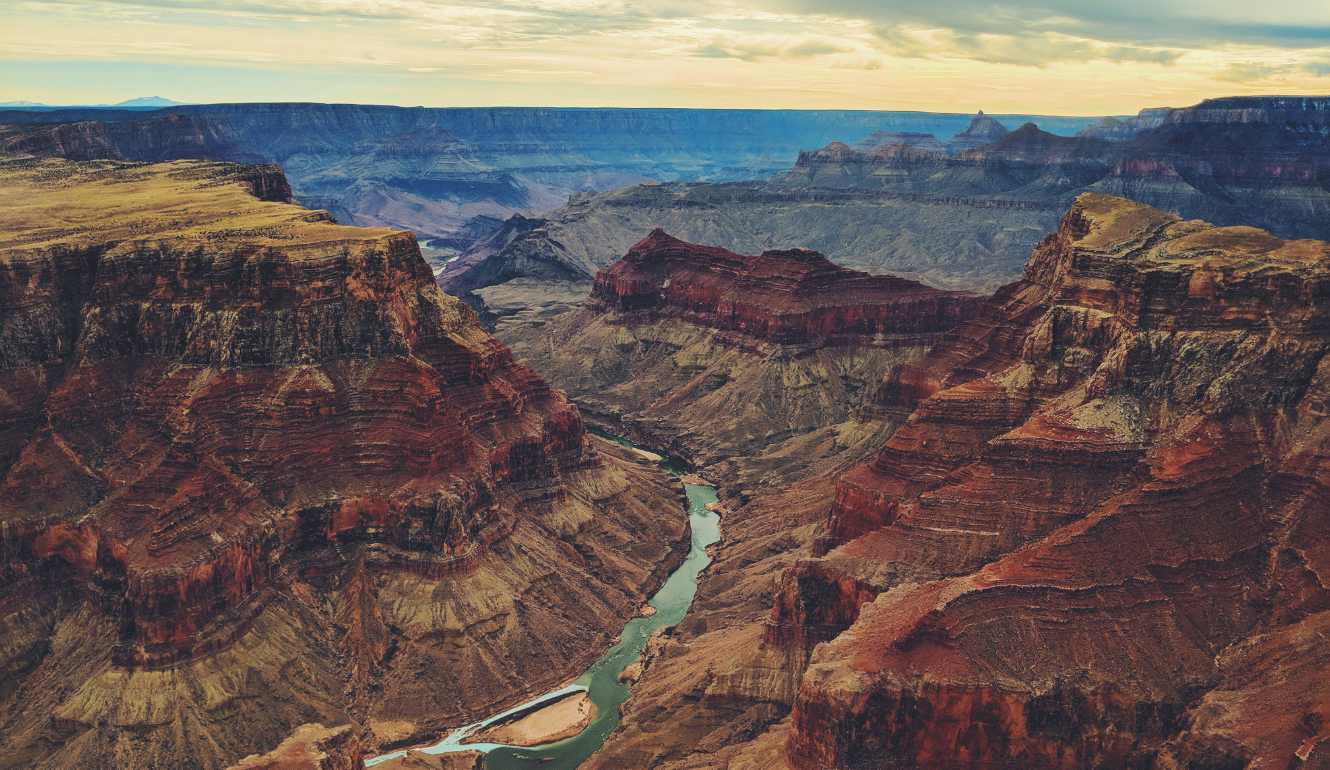 The Grand Canyon is also found in the western US, and it is one of the most awe-inspiring natural locations in the entire US. Carved by the Colorado River, the canyon stretches 277 miles. It is a hiker’s and backpacker’s dream with many adventurers available to be discovered within it.

The Grand Canyon is also home to a lot of preserved Native American culture that can be experienced and appreciated by visitors.

Bucket-List Hikes, The Incredible Terrain of the West Coast 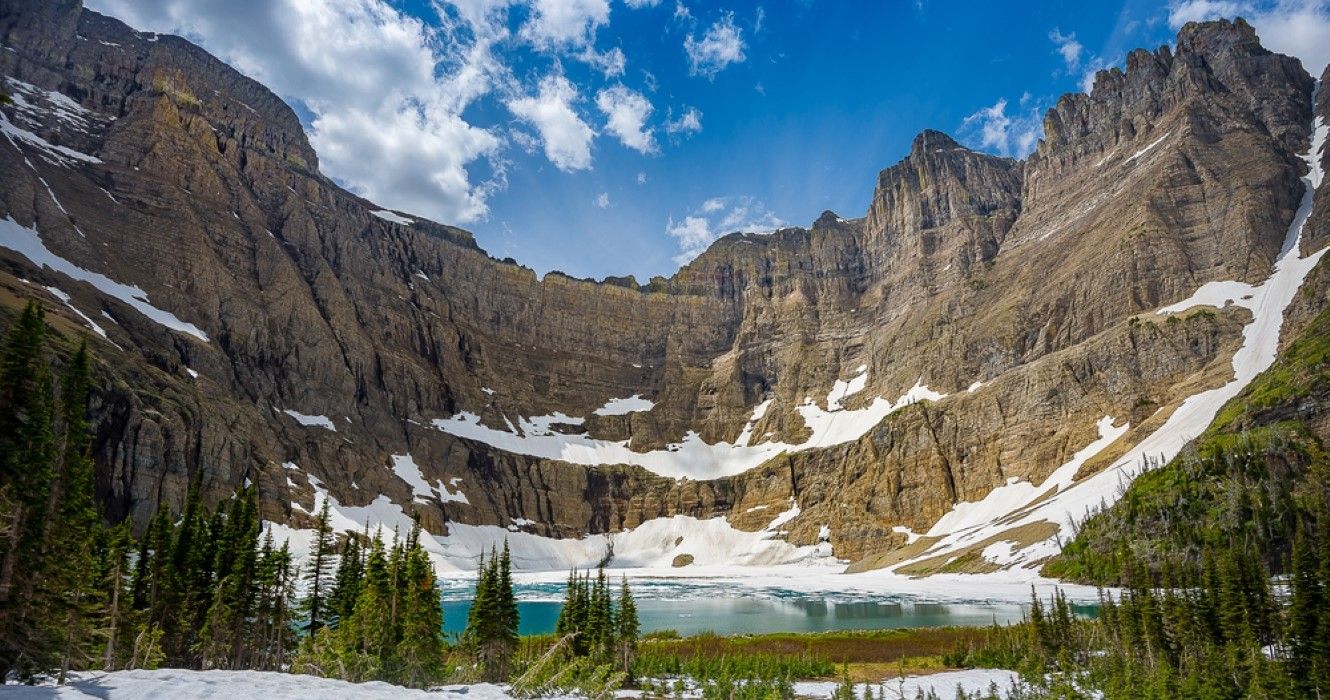 The varied terrain and vast elevation changes make the western US a bucket-list destination for many hikers and backpackers. Travelers will have the choice of a variety of mountain ranges and terrain to conquer.

Travelers can spend days exploring the Sonoran Desert, and many people travel from all over to hike through Montana. The mountains of Utah and Colorado are also found in the dreams of hikers. Hiking the Volcanoes of Hawaii and the frozen peaks of Alaska are quite the adventure too.

The coastline of California may be the most well-known and most visited part of the state, and this is all well deserved, it is called the gold coast for a reason. Its white sand beaches are perfect for relaxation.

However, they are not to be outmatched by the beaches of Hawaii that also draw crowds every year. The West Coast is also full of life with a great many protected regions where nature thrives.