Readers would be aware that the weekend saw the grand finale of Zee TV’s popular kids singing reality show Sa Re Ga Ma Pa Li’l Champs Season 9 which finally came to an end this weekend. With the iconic actor Jackie Shroff joining the judges Shankar Mahadevan, Neeti Mohan, and Anu Malik, the finale saw some stupendous performances from children on the show. And eventually, the Sikkimese girl Jetshen Dohna Lama was crowned the winner after three months of the show. Talking exclusively to Bollywood Hungama, the little girl shared her experience of winning her first reality show. 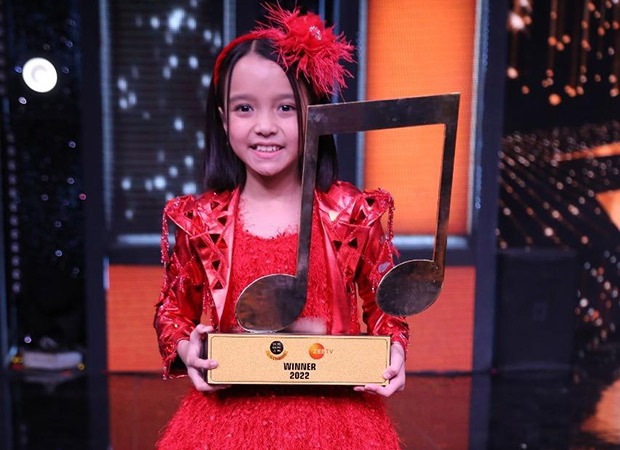 Readers would recall that Jetshen Dohna Lama has remained to be not only the audience’s favourite but also been a consistent performer throughout the season. “Rock songs has always been my strength,” confessed the Season  9 Li’l Champ in the Bollywood Hungama interview, adding that it was one of the major reasons why she believed she had a tad bit of an upper hand compared to her competitors. Now that the show has come to an end, she is a little upset about missing her friends, her judges, and everyone on the sets. “They will all be always be memorable. I am going to miss all of them,” she added.

Recalling her wonderful experiences on the show, Jetshen shared that she has learnt quite a bit of lessons from her mentors. “I have learnt a lot of things from my mentors. They have taught me the little things about music about the right way to ‘riyaz’, how much should I practice before performances etc. I think there are too many things to list.” She also reminisced about her moments on stage and opened up about her personal favourite performance.

“It was ‘Bheegi Bheegi Si Hai’ (Gangster). It is such a lovely song and had ample of variations. I thoroughly enjoyed performing it on stage because of the way the song flows,” concluded the singing star.

On the other hand, finalists Harsh Sikandar and Dnyaneshwari Ghadge were announced as the first and second runners-up of the show respectively.

Also Read: Jackie Shroff gets moved by a 9-year-old singer’s plight in Sa Re Ga Ma Pa L’il Champs, announces benefits for him