Last seen in a pivotal role in the Telugu film Okkadu Migiladu in 2017, apart from a couple of cameo appearances he made in 2018, Manoj Manchu has decided to return to the big screen after a six-year hiatus. The actor teased his fans by announcing a new project earlier today on social media. Joining hands with debutant Varun who has penned the story and screenplay for the film, the actor will be returning with a movie titled What The Fish. 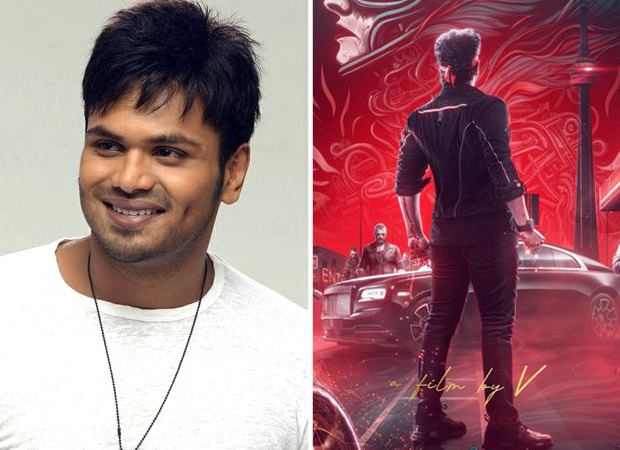 On Friday morning, Manoj Manchu took to Twitter to share the good news with his fans by also posting an announcement poster along with a sweet note for his fans saying, “It’s been a long time since I did any film but I’m blessed to have had all your love upon me all these years and it’s high time to give back all the Love… Here’s Announcing my NEXT… #WhatTheFish… A crazy film that’ll give you all a CRAZYYYYY experience :)”  While the poster doesn’t reveal the face of the actor, it features a tagline that says ‘Manam Manam Barampuram’ (Crazy Crazy becomes Crazier).

A crazy film that’ll give you all a CRAZYYYYY experience 🙂 pic.twitter.com/tUx7SofoRu

A source close to the film added, “Manoj Manchu is returning after six years and he has more energy than ever. What The Fish is a heart-pumping, action-packed, and side-splittingly hilarious ride. Therefore, we wanted an announcement poster of the film to have vibes resembling the theme of the film and also feature some key elements of the film. You can see that Manoj is gearing up to face a lot of unknowns. It also shows a caricature of a girl with a goggle mask but as of now we cannot reveal many details. But we can reveal that Manoj actually underwent a makeover for the film but we will have to wait for some more time to see his new get-up.”

Talking about the film, debutant filmmaker Varun added, “We’re honored to have Manoj Manchu’s positive energy on set and can’t wait for you to see what he brings to the party. We’re thrilled to announce What The Fish – our sincere attempt to bring you a visually aesthetic rib-tickling heart throbbing blend of dark comedy and high-octane thrilling family entertainer. The project comes from a sincere attempt to show culturally routed Indian content internationally.” He went on to continue, “No matter where you’re, we want you to experience our humble effort to create a masterpiece that is worth your every minute in the big cinemas. This is one movie you don’t want to miss.”

From what we hear, the film will be shot across Toronto and various locations of Canada and it will be a 75 days long shoot schedule. This movie will also be shot in various languages and is being geared to be available all over the world.

What The Fish will be mounted on a large scale under the banner of 6ix Cinemas.