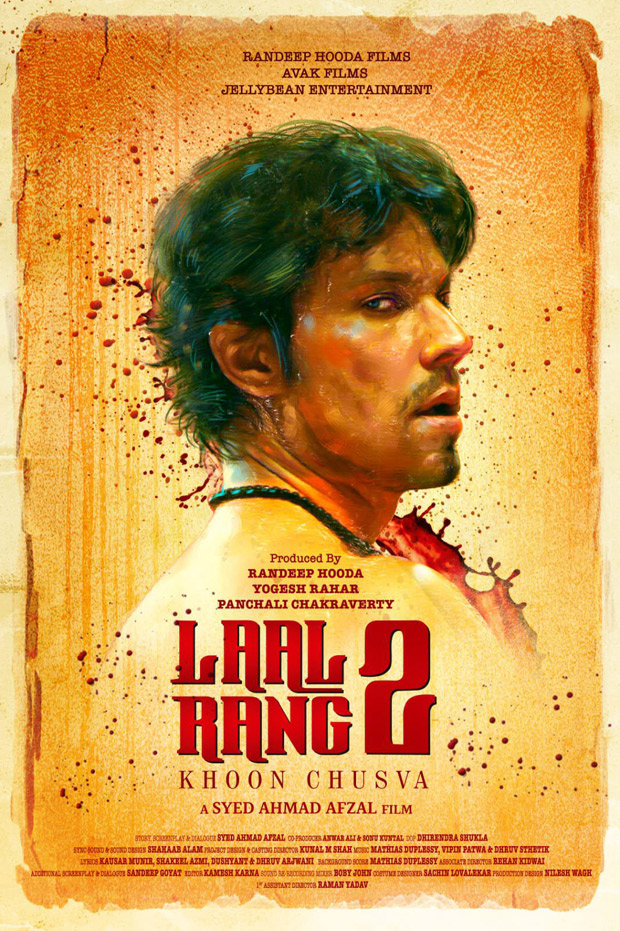 Laal Rang, set in Haryana is a dark-humored drama which revolved around the blood trade business involving sentiments of friendship, brotherhood, love and greed. The film’s magic lay in its fresh, quirky content, dialogues and memorable characters, particularly that of Shankar, immortalized by Randeep Hooda.

Laal Rang 2 also marks the foray of the actor as a producer along with Panchali Chakraverty and Yogesh Rahar. Panchali also produced Hooda’s Netflix series CAT. Yogesh Rahar of Avak Films is also attached as producer. Whilst the original film was unsuccessful at the box office, it was haunting enough to turn into a cult status.

For the upcoming sequel, Hooda reunites with director Syed Ahmad Afzal. Akshay Oberoi and Pia Bajpiee will also reprise their roles from the first part. “Shankar Malik is one character that will always stay close to my heart, the film even after 7 years stays relevant & has a dedicated fan-base to it,” Hooda said of his Laal Rang character. “This is what has compelled me to embark on this new journey as a producer too with a lot of joy and a sense of responsibility towards it.”

Director Syed Ahmed Afzal also commented, “We are extremely excited to begin the madness again, the storyline is dark, murky and lays the perfect plinth for an enchanting film and we once again have a chance to deliver something memorable. The essence of the sequel shall remain akin to the original. This sequel will be darker, meaner, violent and yet funny.”